10 pictures on the 10th of the month.  The 10th fell on a Wednesday this month.  Wednesdays are “do what we want” days.  We don’t have pre-school or MOPS.  I planned the night before to go to the gym mid-morning, but woke up just not feeling it.  My shoulder is still really sore (really it’s just an excuse) 🙂 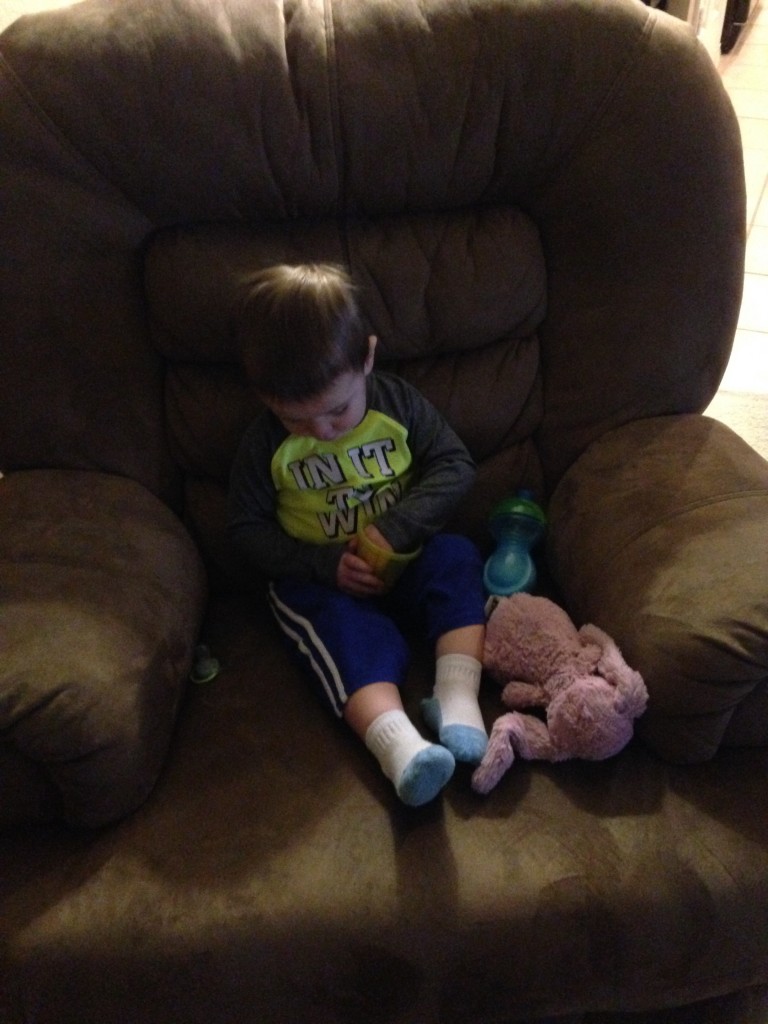 {ONE} My alarm clock was Maddox this particular morning. He woke up around 8:00 and had his usual milk and cereal before breakfast with both boys. Beckham is still asleep and didn’t get up till 9:30 (he napped the day before which kept him up till close to 10:30…we don’t do naps, but he fell asleep at school). 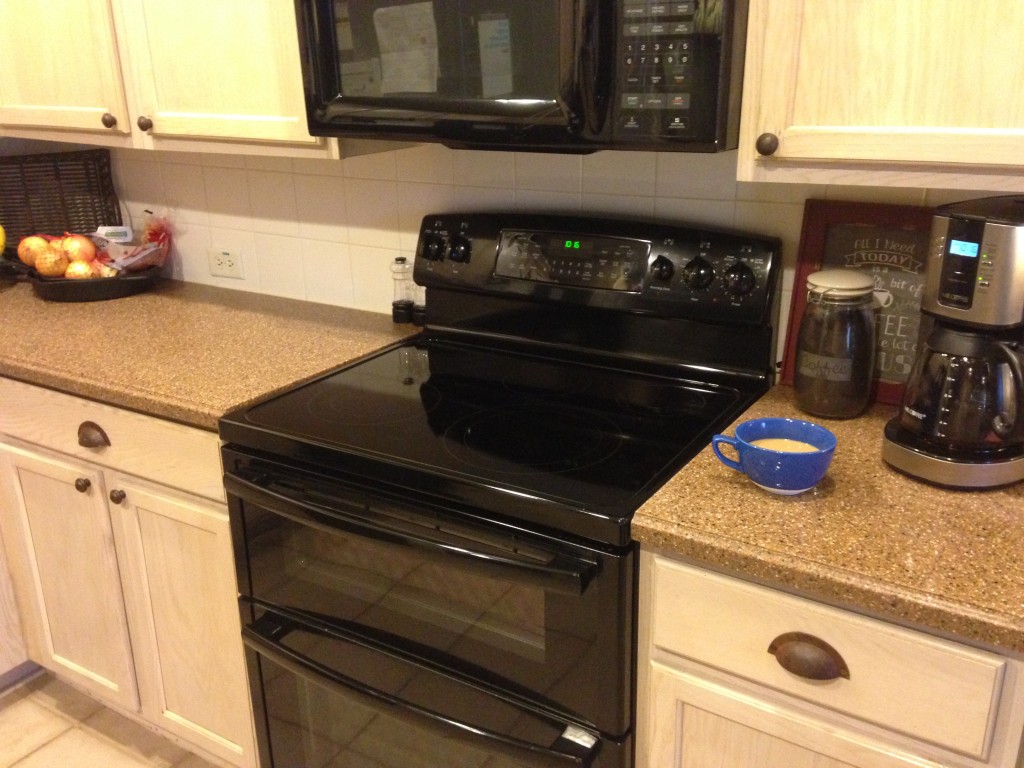 {TWO} I fixed the boys and myself Kodiak cakes (protein pancakes) with scrambled eggs. I then cleaned the kitchen from breakfast and made some coffee. 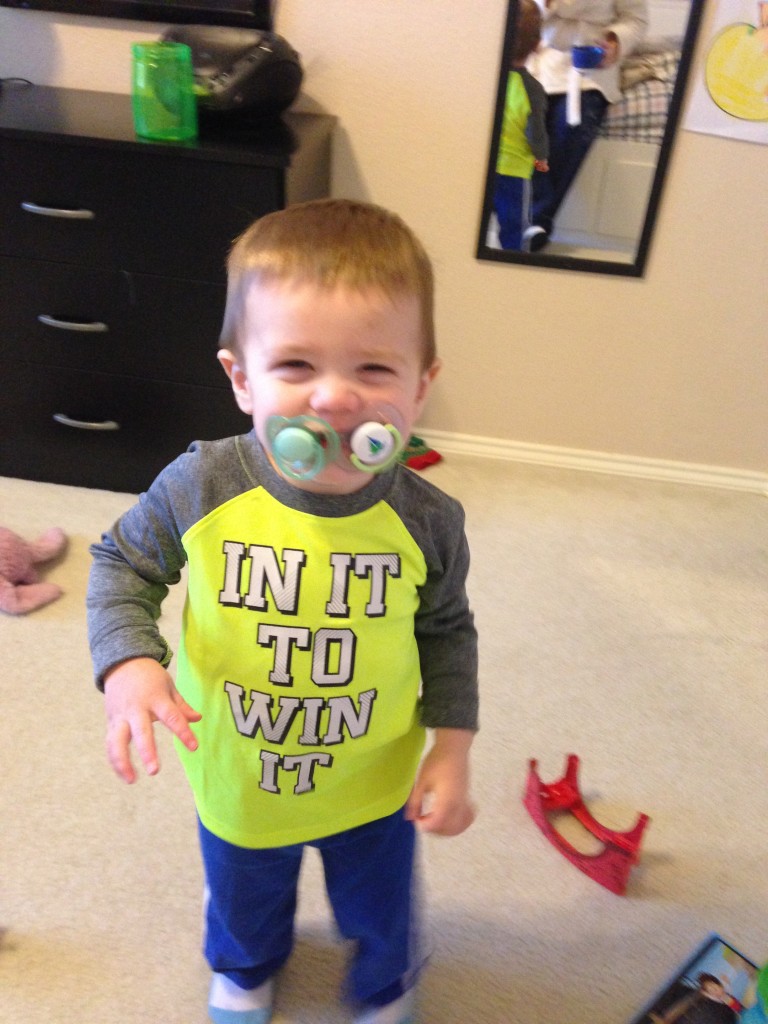 {THREE} And while I cleaned, the boys played in Beckham’s room. This kid… 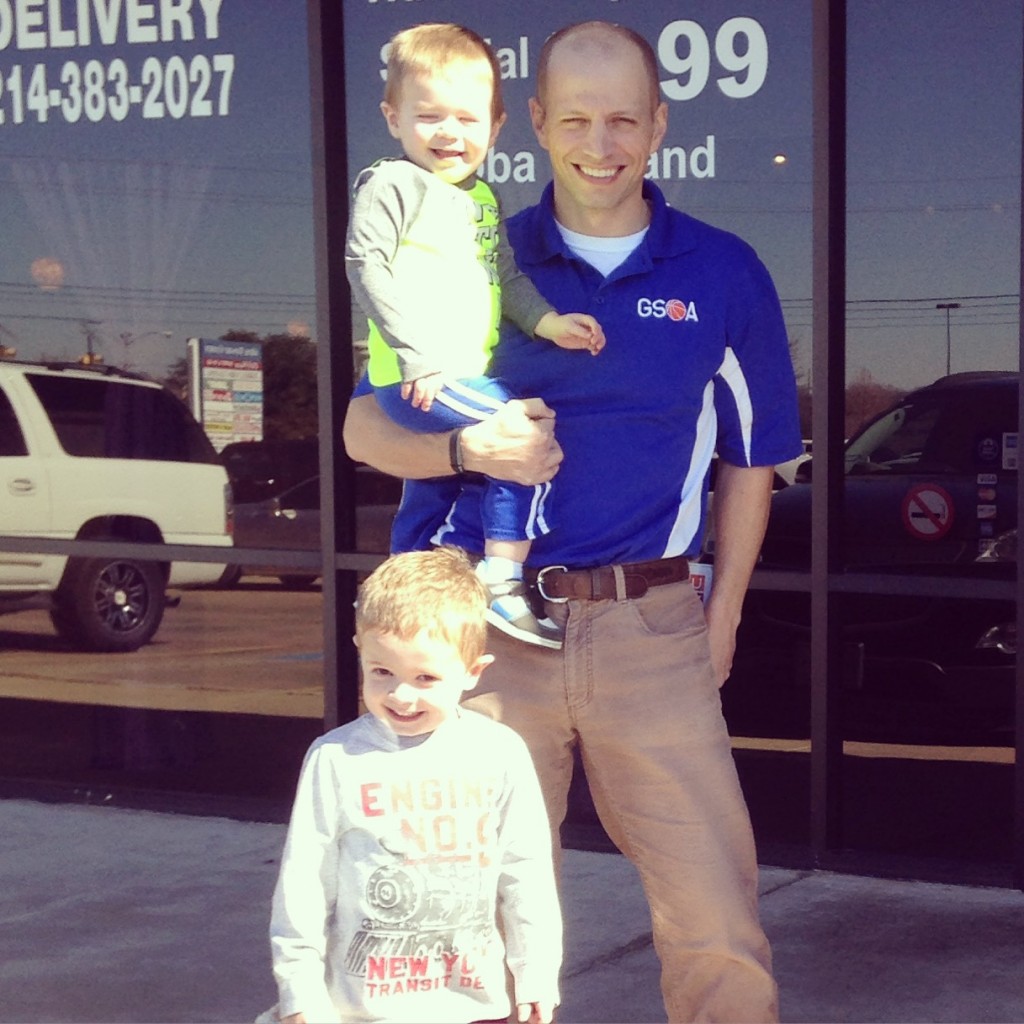 {FOUR} We met Ryan for lunch and the boys really loved it. We don’t do this often, but it’s nice during basketball season when he’s gone most nights. 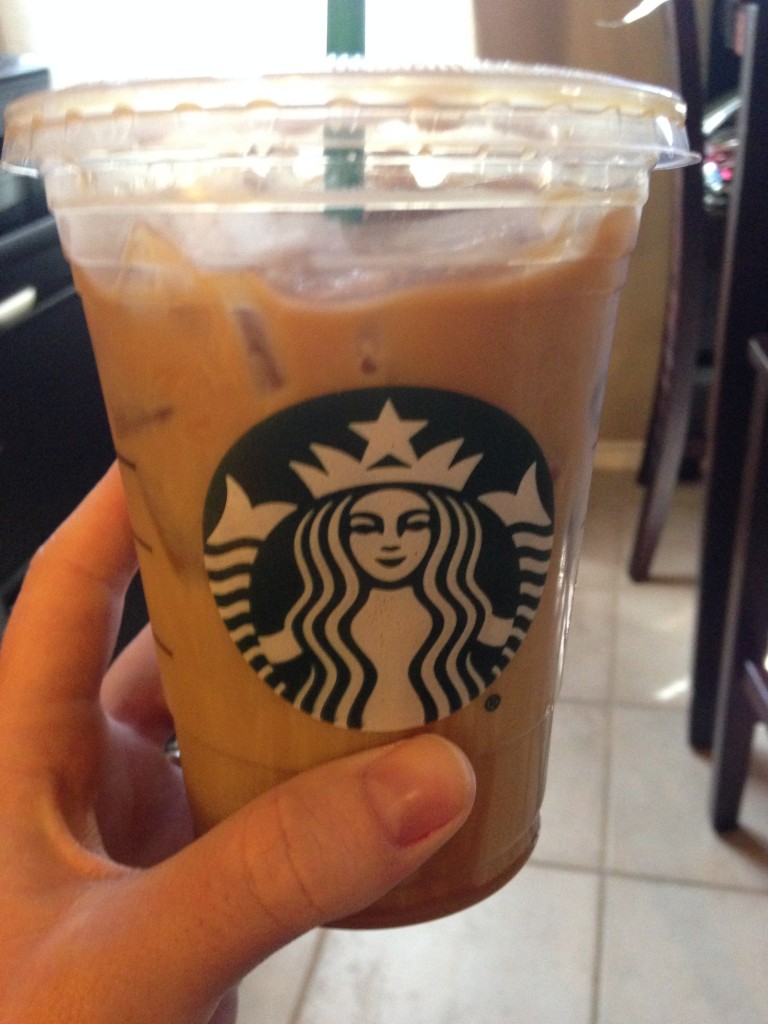 {FIVE} I treated myself to an iced coffee on the way home! I enjoyed every bit of it!  I know I know…no nail polish!  Sometimes I like a little break from polish, very rarely though. 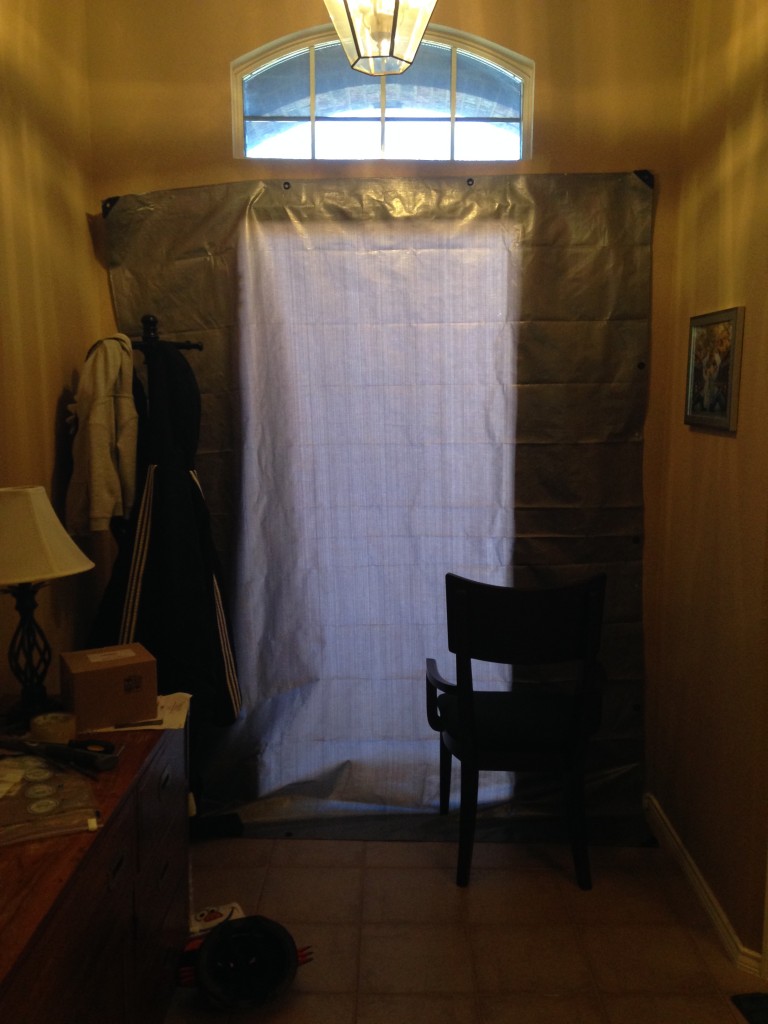 {SIX} Maddox went down for a nap once we got home. During that time, our neighbor took our door off to repaint it. So our entryway looked like this all afternoon. 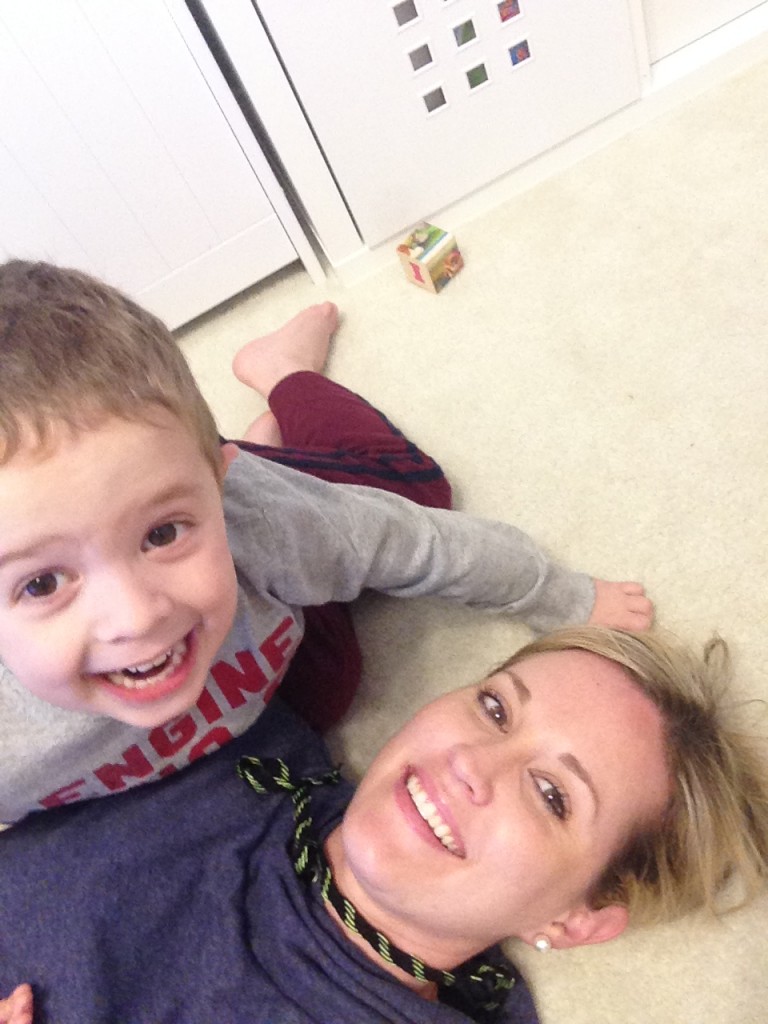 {SEVEN} After Maddox woke up around 4:00, we played in the playroom while I sorted through some clothes my friend gave me for Maddox. I was laying down here because we were playing helicopter (you know where you fly your kids around using your feet) 🙂 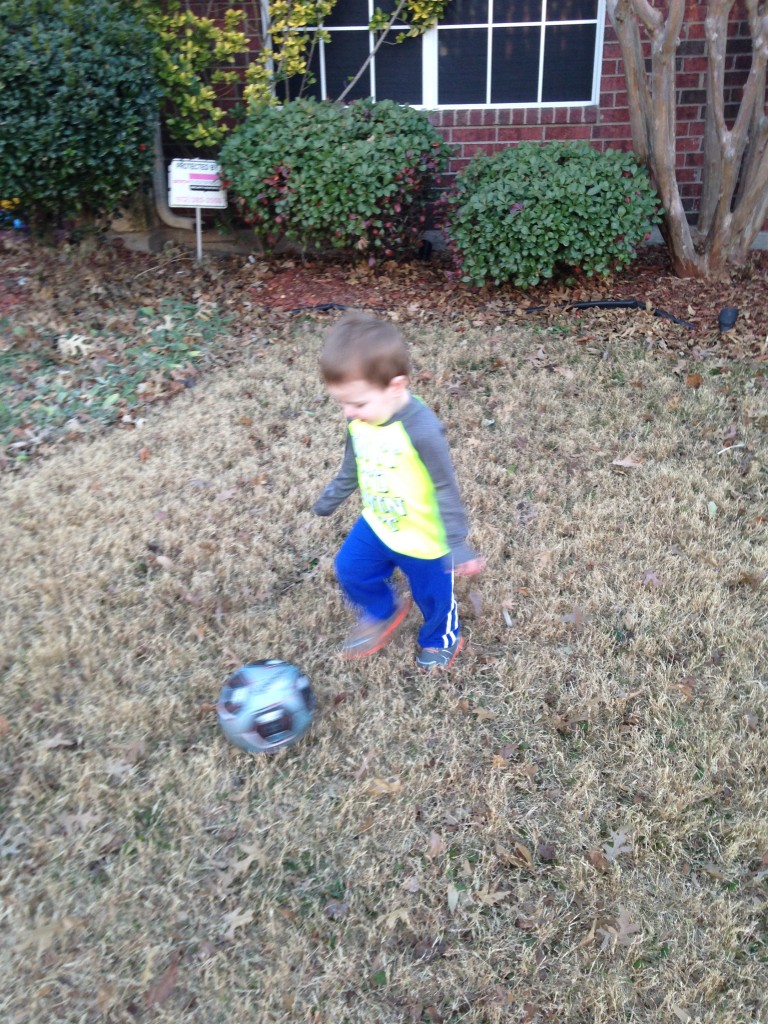 {EIGHT} Today was beautiful so we went outside and played some soccer! Beckham is getting really good and Maddox likes to kick it around as well. 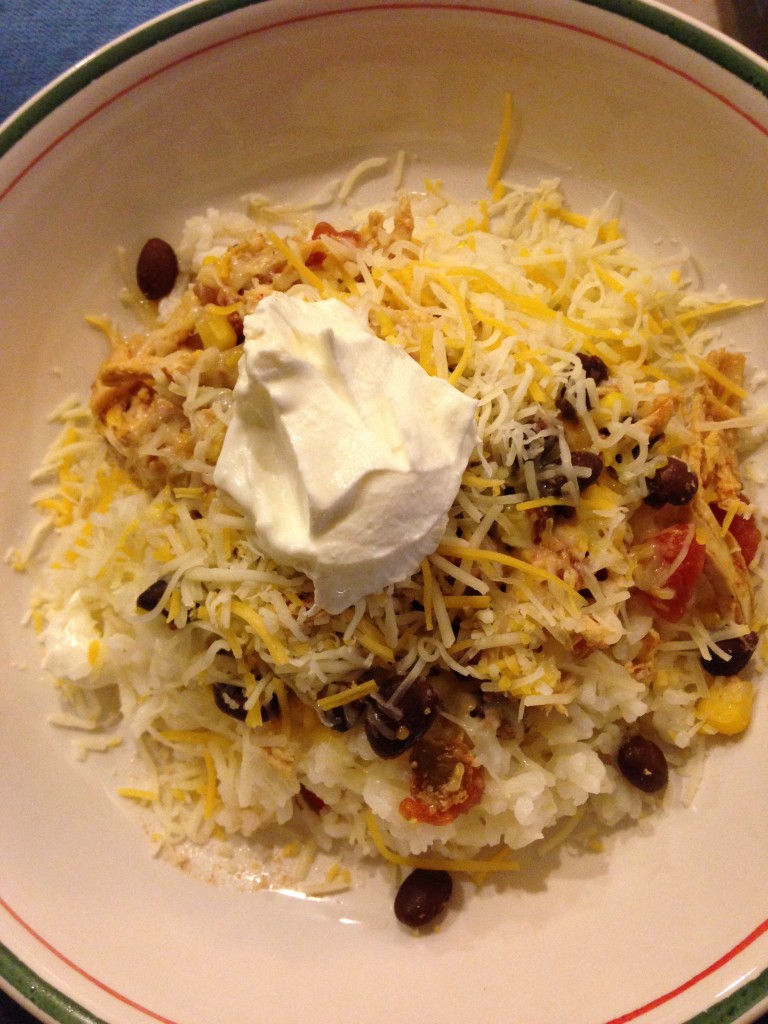 {NINE} I made a crock pot meal yesterday. It was Skinny Taste’s Sante Fe Chicken. I served it over rice. I’ll probably have leftovers today rolled up in a tortilla. It was pretty yummy and really easy! 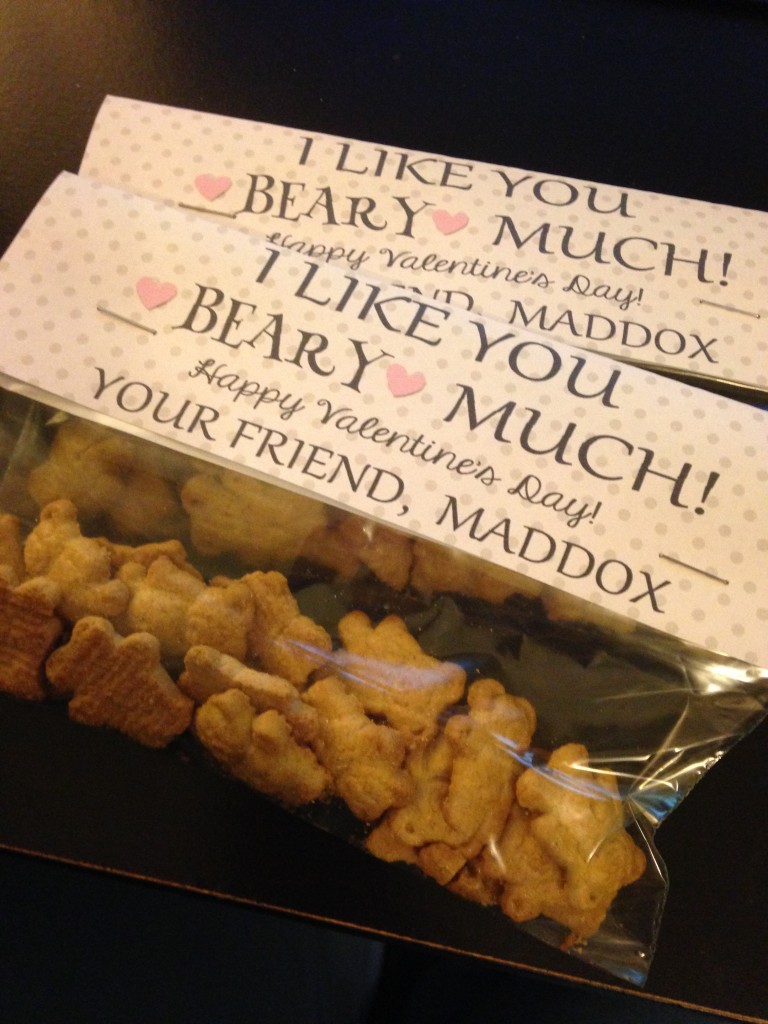 {TEN} I ended the night (well the early night at least) by making some Valentine’s bags for the boys to take to school tomorrow. I had planned on Beckham helping me put them together and signing his name since he just learned how. But I literally had Ryan get these Teddy Grahams on the way home from work and the boys were already in bed once I printed the tags.

I also watched American Idol as I cleaned the kitchen.  I watched Making a Murderer (oh my gosh this is crazy) with Ryan as I put the Valentine’s goodies together.  And I finished off the night by completing some orders and writing this post.  It’s entirely too late and I better get to bed.  I cannot seem to get into bed at a decent hour this week.