December + Ryan gone + Crazy Toddler + Fussy (understatement) Baby = Not such a good week (or two)
This last couple of weeks were some of the most brutal weeks ever!  It’s Decemeber so it’s naturally busy with my shop, get togethers, and gift buying (I have a HUGE family and lots of people to buy for).  On top of that, Ryan was gone EVERY.SINGLE.NIGHT, as well as during the day obviously, the last two weeks, including Sundays.  I think he was home one Monday night.  Maddox decided he wanted to start waking up every 30 minutes to an hour from when I put him down for the night around 8:00pm to 12am!  And by “waking up,” I mean scream uncontrollably and need to be rocked to sleep (if that even worked).  We’ve never rocked him to sleep before, so I don’t know what this was about. This is the only time I pick up the house and work, so I was getting in bed around 3am and waking back up around 7:30.  And then there is Beckham.  Y’all, he is amazingly energetic.  Not like a normal toddler energetic.  But, “whoa look at that mom who can’t control her kid” energetic.  No, I’m just kidding, he’s not that bad in public, but he does not stop moving and talking. And is as strong-willed as they come.  I’m definitely getting payback for how I was as a kid.  Needless to say, it’s been exhausting!
Thankfully, Maddox isn’t doing that anymore but maybe once between that time, and Ryan has a couple days off each week now and Sunday.  This week I have some major shopping to do!  Gift giving is one of my two love languages so this is such a fun time of year for me, but has proved to be a little more difficult with two kids.
Life lately…
Lots of orders and late nights…my stressed look! 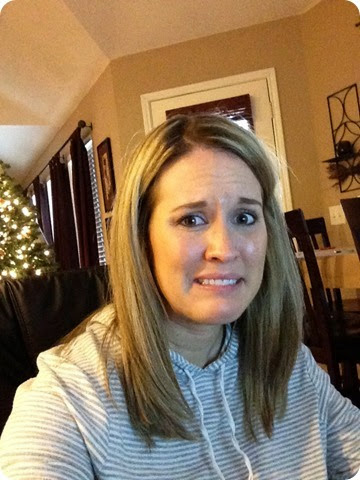 Lunch in the car! 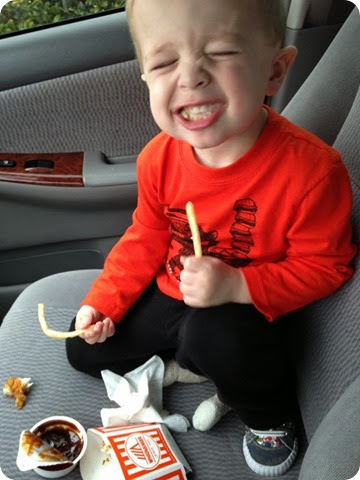 Lunch with daddy (gotta get out of the house…right moms?) 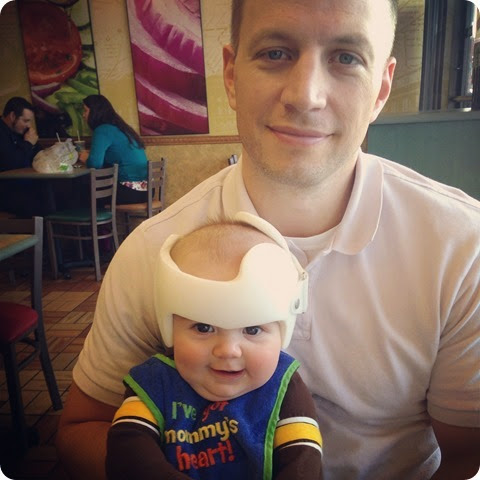 Lots of coffee!  I forced myself to sit down and take 10 minutes to drink this and read a mindless magazine. 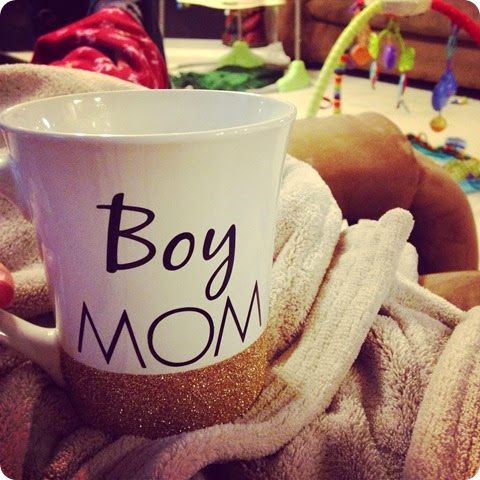 Lots of shopping.  We had just snapped a picture with Santa when I look down and see my “big boy” reading a book.  I think I love this picture because it showed a glimpse of his maturing and he was really calm in this picture too.  A rarity.  I might add, the play area was right next to us, so normally he would have darted off to play. 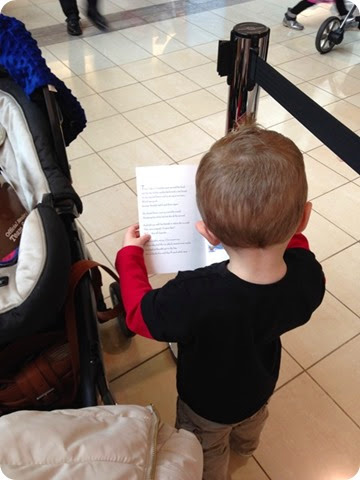 Ryan works so hard for our family, yet he still does feel bad when he’s gone so much.  He came home with a Starbucks gift card for me.  This is really special because he loathes Starbucks and their overpriced coffee. 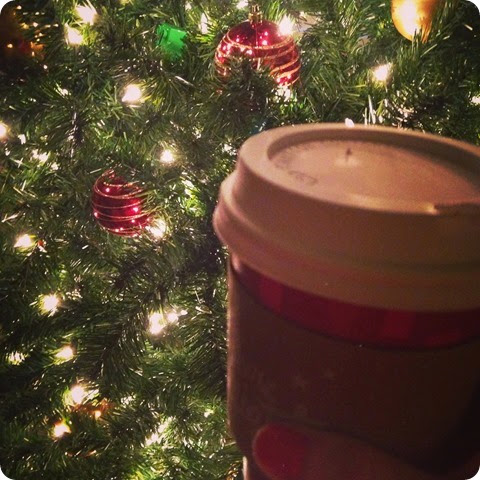 Lots of working on sitting up!  He’s almost there.  He’ll be 6 months on Christmas.  We also get to try solid foods soon.  I actually love this milestone, but it’s going to be pretty taxing with feeding him bottles, solids, and pumping 4 times a day. 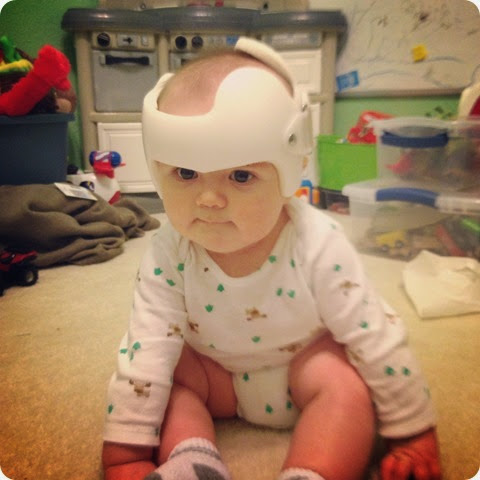 This picture depicts lots of potty training.  I explained it on my Instagram, but basically this is me changing a dirty diaper.  This boy DOES NOT want to use the potty. 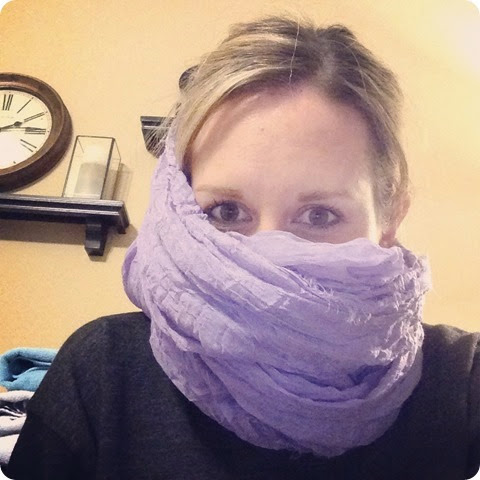 This weekend was nice because Ryan was home majority of it.  We also went to my brother’s house on Saturday for a little get together.
The weather was nice on Friday so we headed to the park! 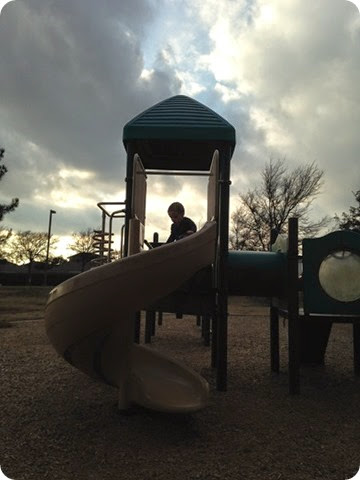 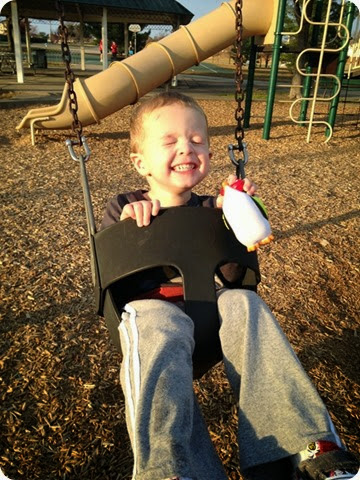 Saturday morning, Ryan and Beckham walked to the bank and then the grocery store.  On the way there, they stopped by the fire station.  These guys are always so nice to him.  I need to bake them some goodies for Christmas.  He LOVES firefighters! 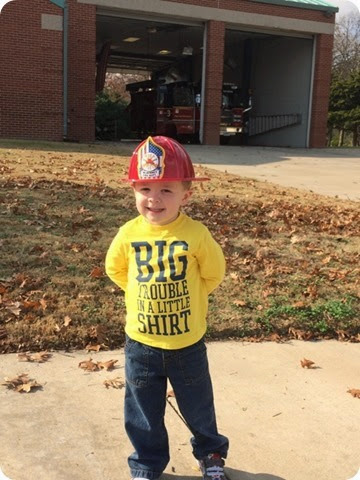 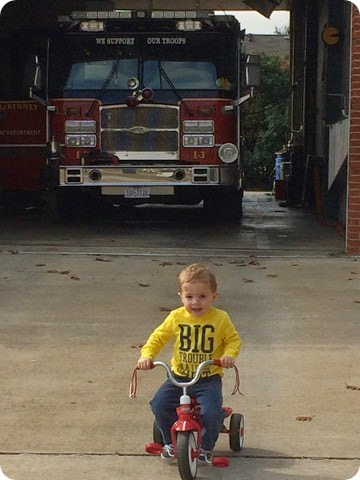 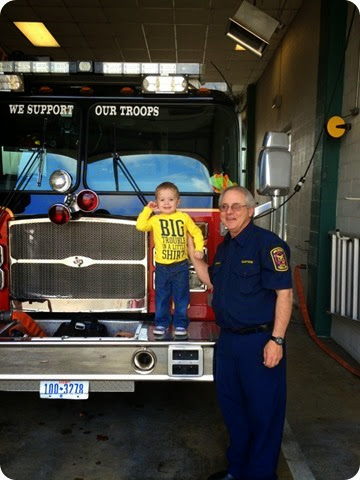 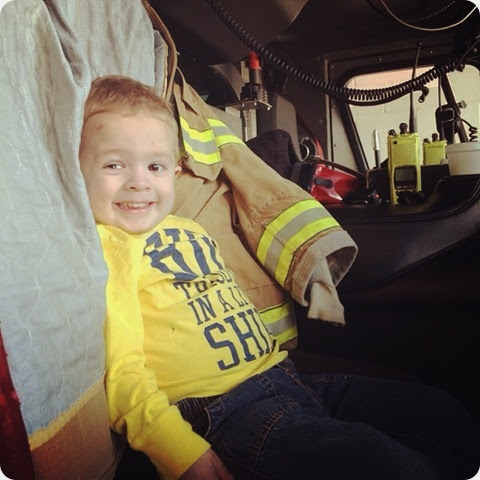 This was the only picture I got from over at my brother’s house and I didn’t even take it.  I think my bro snapped it.  I was too busy holding Maddox the whole time (see me?)  I always love getting together with my family.  Beckham and his cousin LOVE playing together. 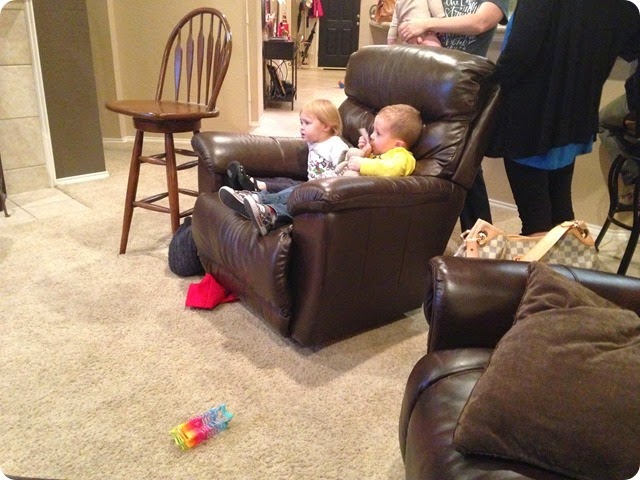 We went to church yesterday and this was the first Sunday we dropped Maddox off in the nursery.  Eek!  I HATE doing that, but it was nice to LISTEN to the service without a baby.  They said he did fine and his little report said he was “happy.”  Almost 6 months old and just now in the nursery.  After church we went to eat lunch and then were SUPER LAZY the rest of the day.  We all took a nap (well Beckham watched a movie while we tried to nap).  I never take naps, but the rainy weather made it a must. 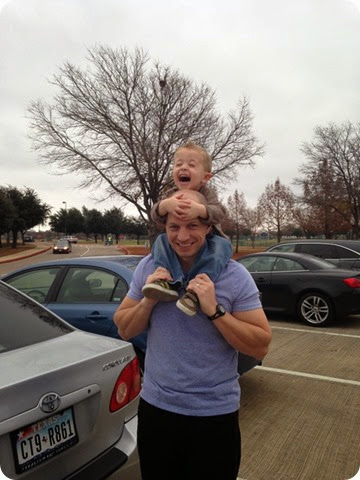 I went to check on M before I got ready for bed and realized he’s sleeping the same way Beckham did at this age.  One more week and he doesn’t have to wear his helmet anymore.  I’ll blog about the entire helmet experience once it’s off. 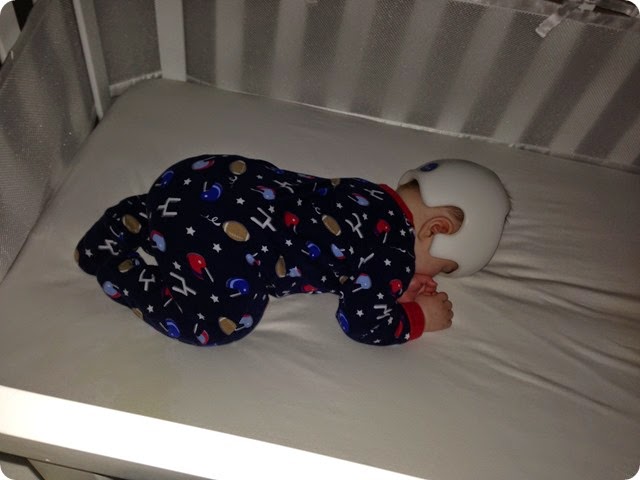 I’m ready to start the week and get my shopping done!  Last week of school for Beckham and Ryan.  Here’s to a much better week.
Meanwhile, here’s what Elf was up to this week (Forgot to snap a pic of him watching TV and stuck in a glass jar with a note that said “Help”)… 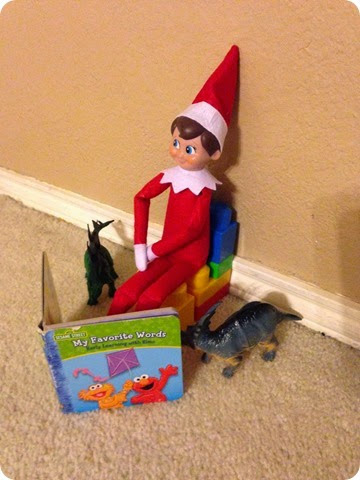 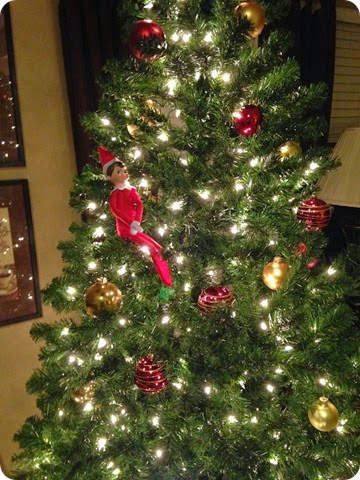 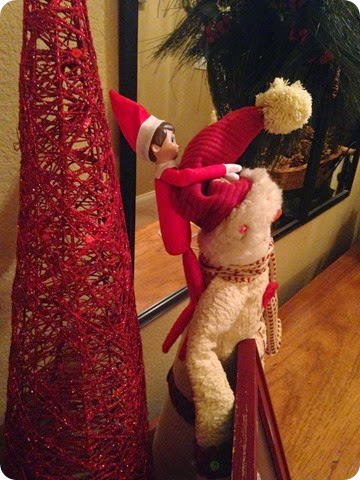 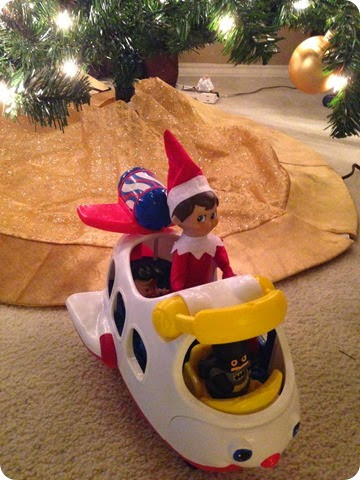 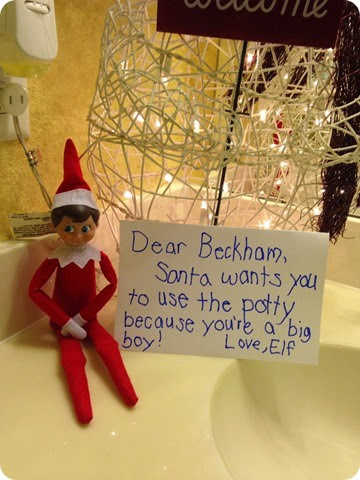