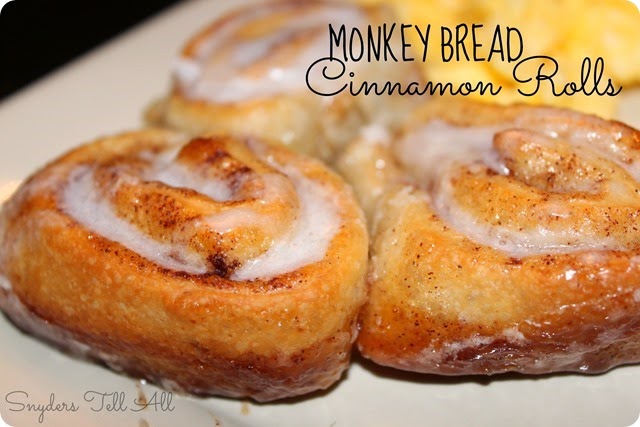 I have a lot of recipes to share with you guys, but these quickly came to the top after I ate them on Saturday!  They’re EASY and delicious!  I wanted to make some cinnamon rolls this weekend, but didn’t want to spend the time making the dough (it’s totally worth it if you have time, but I don’t really have that right now).  So, I bought a Pillsbury thin crust pizza dough and planned on mixing up some butter, cinnamon, and sugar and rolling it up inside the dough.  But then I thought, “How about mixing my MONKEY BREAD RECIPE with a cinnamon roll recipe?”  Therefore, Monkey Bread Cinnamon Rolls were born! 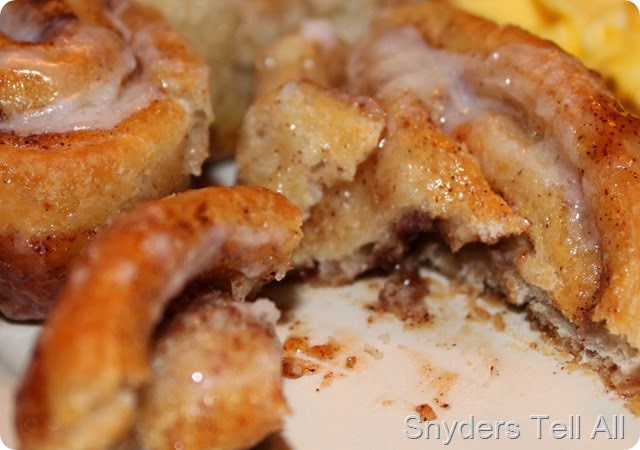 Here’s what you need:
-Pillsbury Thin Crust Pizza Crust (in a can with biscuits)
-1/4 cup butter, melted
-3/4 cup brown sugar
-Cinnamon
-tsp of vanilla (I did not use this, but you could)
For icing:
-About 1/2-3/4 cup powdered sugar
-Splashes of milk
Directions:
Mix the butter and brown sugar together, making sure it’s kind of thick (click HERE to see how thick).  Just add in more brown sugar if it’s too thin.  Roll out the pizza dough.  Sprinkle cinnamon over the dough. Spread the gooey sugar mixture on dough, leaving about 1 inch border.  Roll up the dough from the longest side (so it will be a big, long log).  Cut the log into 1 inch slices and lay in a GREASED round pan (I used an 8 inch round pan).  Bake about 10-15 minutes at 350 degrees.  I honestly am not sure exactly how long I cooked mine because I just kept adding minutes until they looked about done.  It probably totaled about 15-18 minutes.
*Mine was a super messy process and it still came out great!  Don’t worry if it looks ugly when putting it in the pan.  And the rolls should be touching and may be smooshed together…that’s okay!  Read the tip below so you don’t make my mistake.
IMPORTANT TIP: Do not take out the dough from the refrigerator until you have mixed the gooey cinnamon mixture and are ready to fill!  It’s easier to handle the dough when it’s firmer.  Mine was so sloppy and hard to roll.  They came out great, but would have been much easier, and probably prettier, if I had firmer dough.
While they’re baking, mix together the powdered sugar and milk.  I added about a Tbsp of milk at a time.  It really doesn’t need a lot of milk to make it a nice icing.  I probably used 1 full Tbsp. for 1/2 cup of sugar (I don’t measure).  Once the rolls come out of the oven, let them cool a bit and drizzle the icing all over! 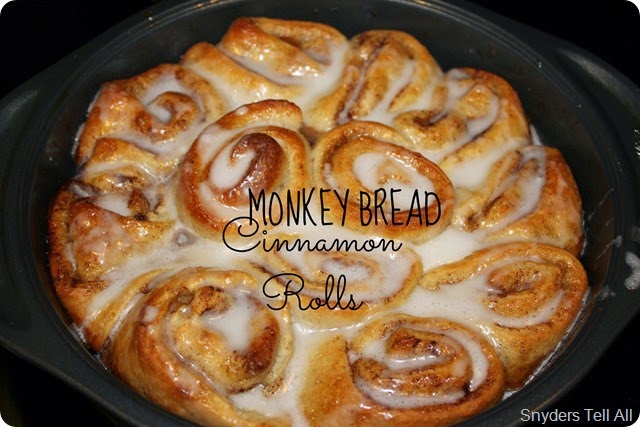 Holy moly guys!  These were so good!  So good, Ryan even said 2 days later, “Those cinnamon rolls you made the other day were really good,” completely out of the blue! 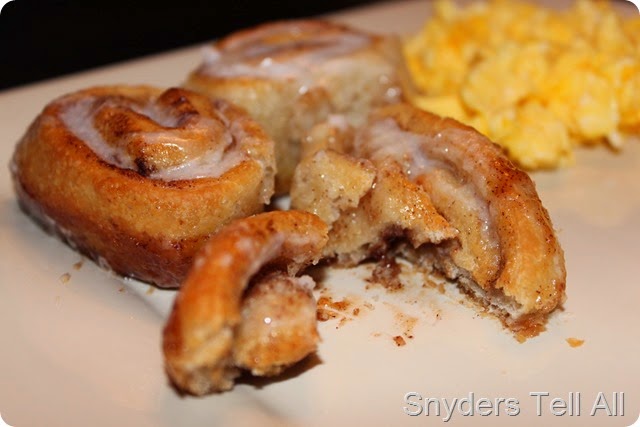 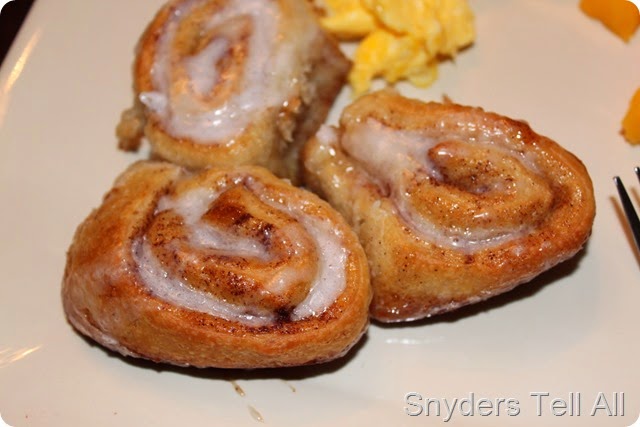 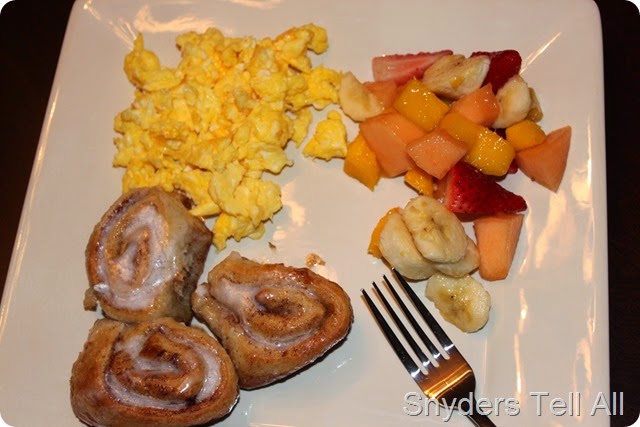