We have officially completed the first week of school for our oldest!  Beckham started Kindergarten last Monday and it was a success!  This kid was overly READY for school.  He hopped in the car and said, “Mom, that was SOOOO fun!”

Ryan was able to go into work a little later so he could go with us to drop off Beckham!  Such a great memory and I’m glad we did this as a family.

These were his first day of school pics! 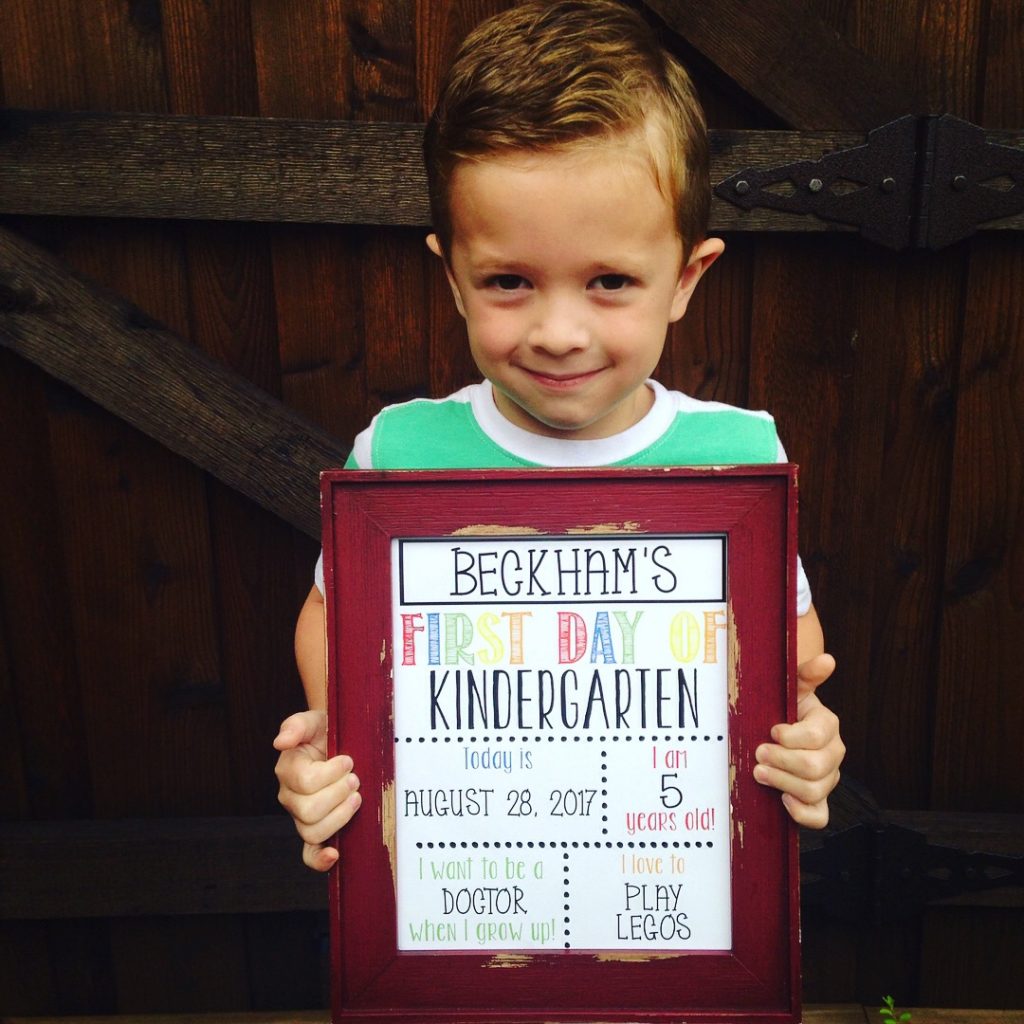 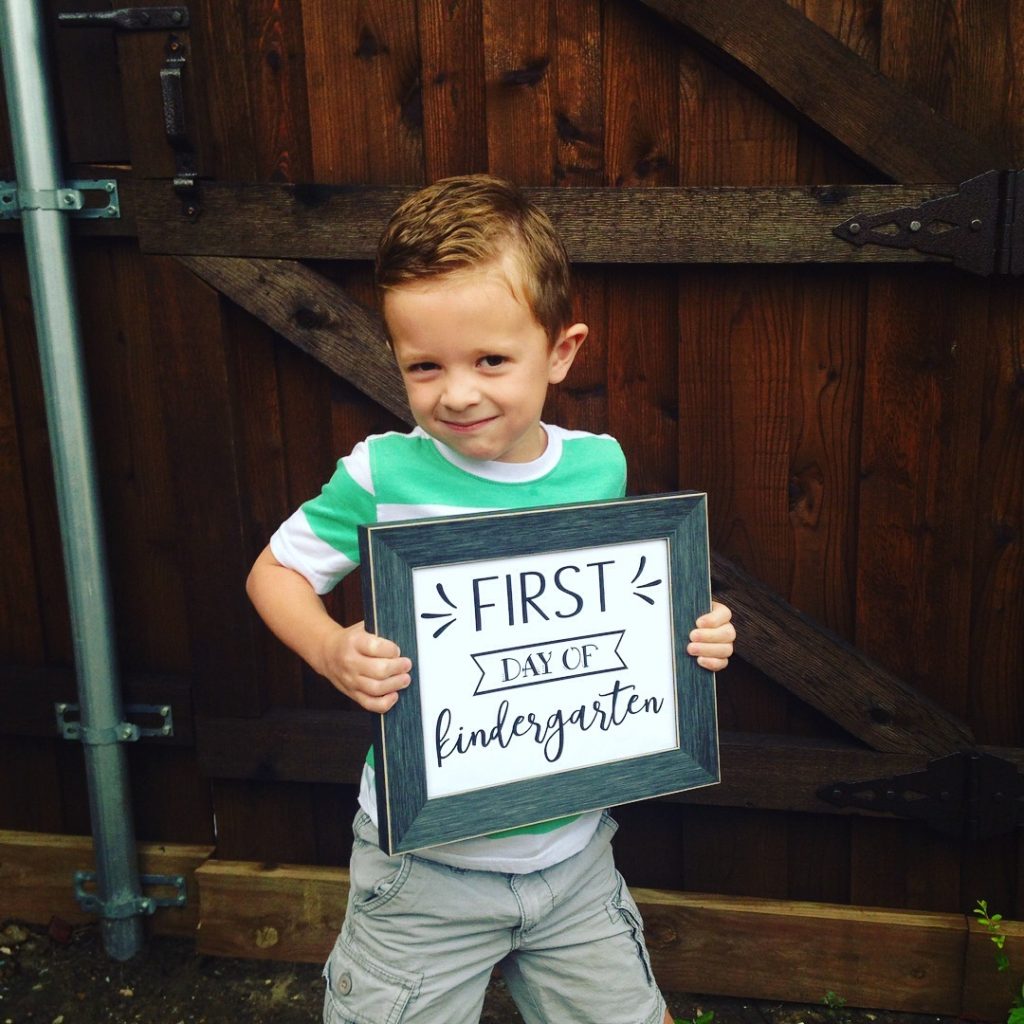 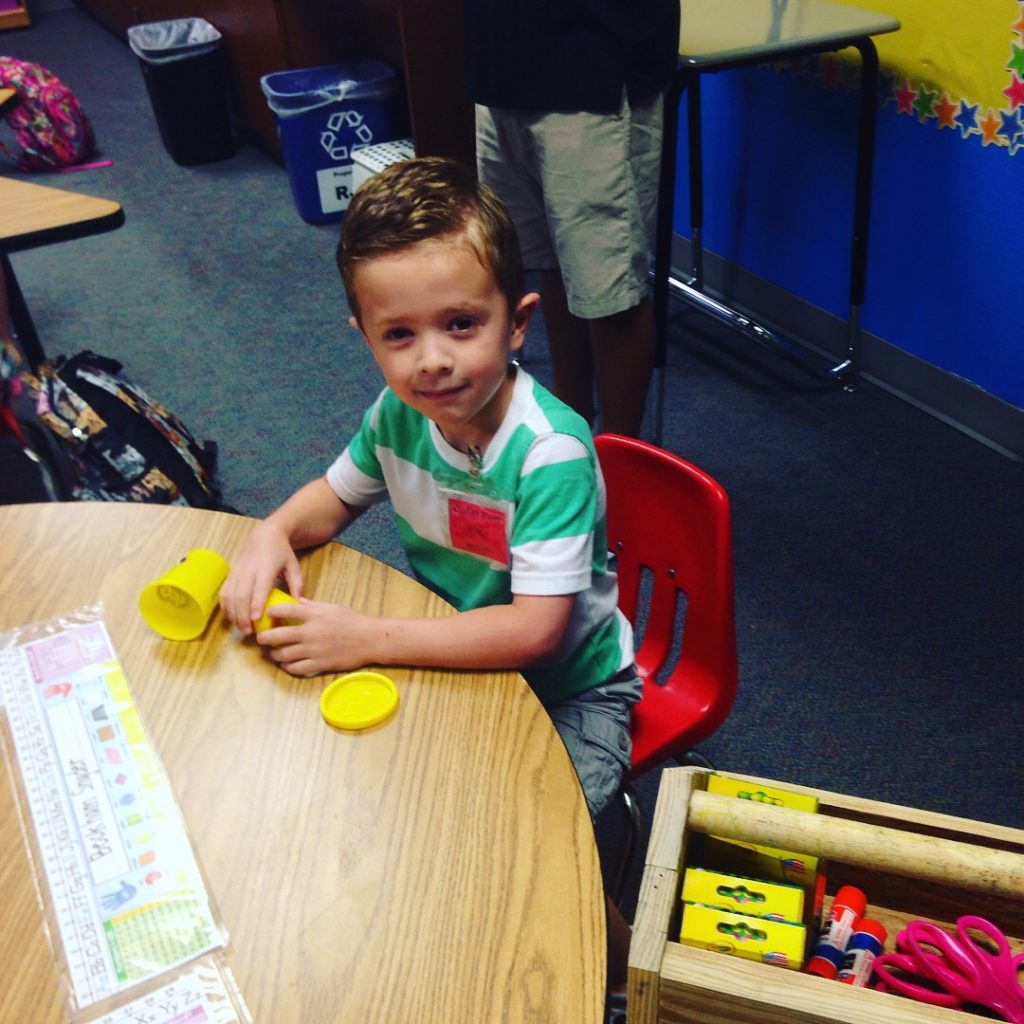 He knew exactly where to go and sat down right away and started playing with Play-dough.  Walking away felt very weird.  He’s been by my side for so long and it was different to just have Maddox.

Maddox kept asking where his classroom was.  Yikes.  But don’t worry, he has made this last week so very easy for me!  This was him once we got in the car.  I don’t even know what we were talking about, but he gave me the biggest smile. 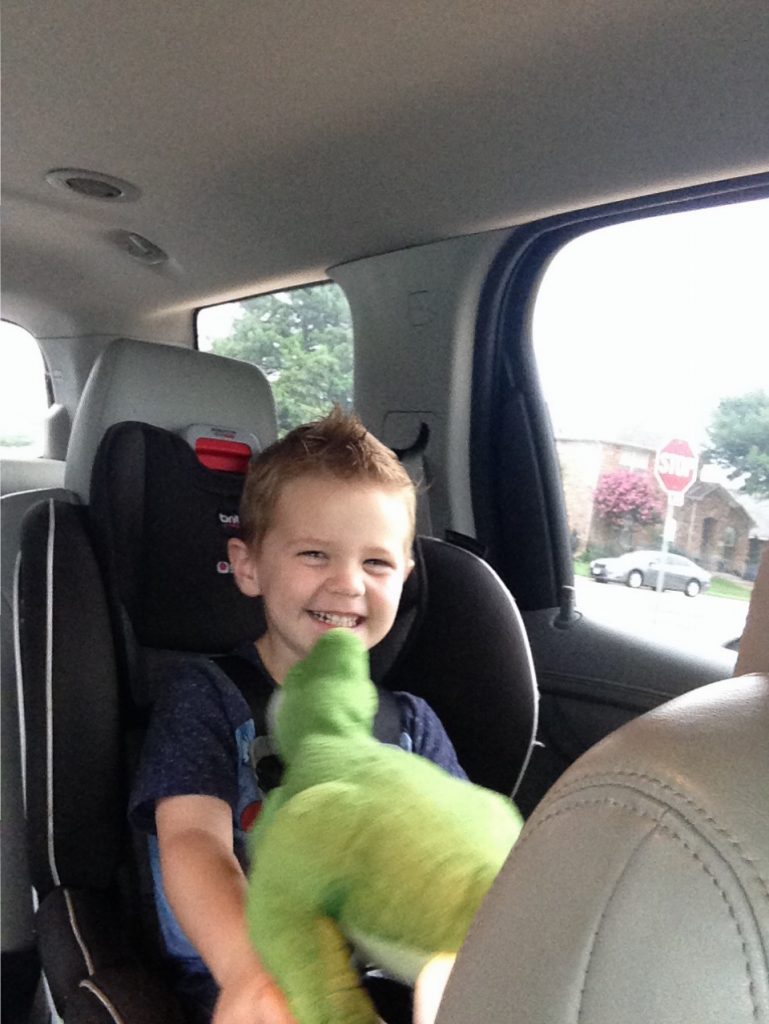 After drop off, we met some of my girlfriends and their young ones at our newly renovated McDonald’s for a playdate…most of us were dropping off one of our kiddos to Kinder.  M had a great time!  Around 10:45 we headed back home.

Moms of “spirited” children at home, your job is hard!  But you WILL get a break when they go to Kindergarten.  I never really knew how hard it was until he went to full time school. You will realize how much work you really did when it’s gone for half of the day.

Beckham is light of my life and he has more amazing qualities than not, but he is extremely high energy and stubborn.  Extremely.  Constant entertainment needed and extremely social (much rather play with someone).

Regardless, I missed him all day.  I couldn’t wait to pick him up and see how the day went.  Like I mentioned previously, he loved it and couldn’t wait to go back.  We got ice cream after school on the way to my chiropractor. 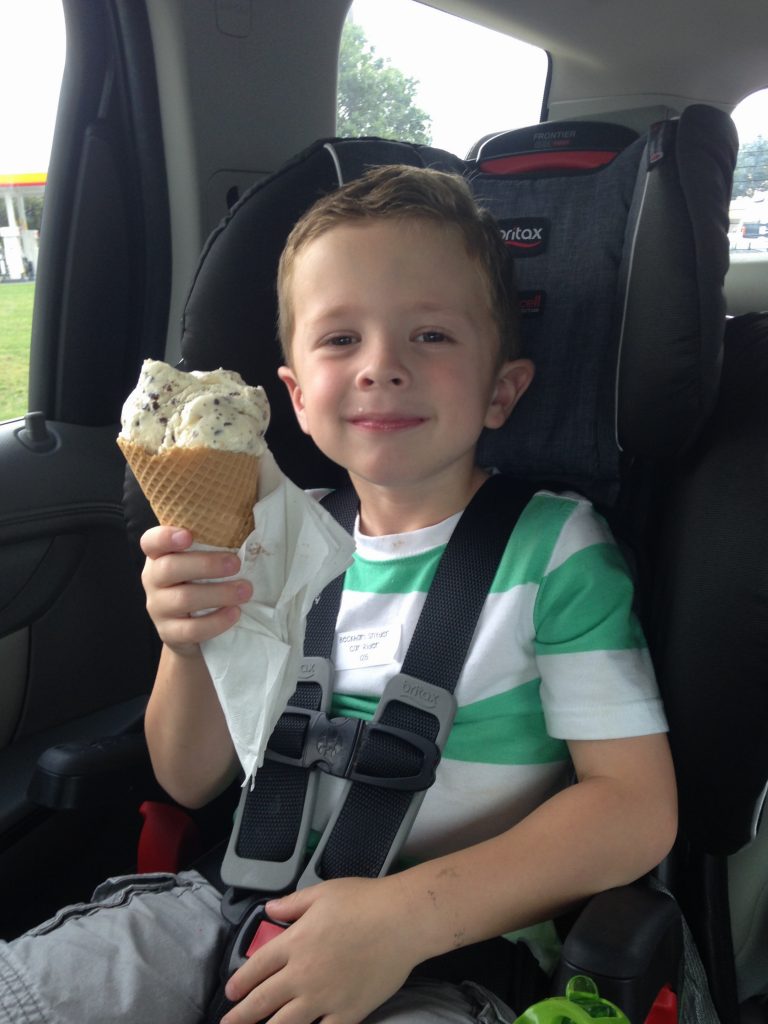 He usually gets a Junior cone but asked for a big one with chocolate chip ice cream.  I’m so glad he enjoys school so far and hopes he uses his energy to learn big things!  He likes to learn, so that should keep him focused in class (I hope).

That same night, he had his first tee-ball game of the season.  Why they would schedule a game on the first day of school for these 5 year olds is beyond me.  But he loved of course.  Ryan was gone, so it was just me and the boys.  Beckham got a hit on his first at bat, but I must have missed the second one (I was trying to keep up with M too). 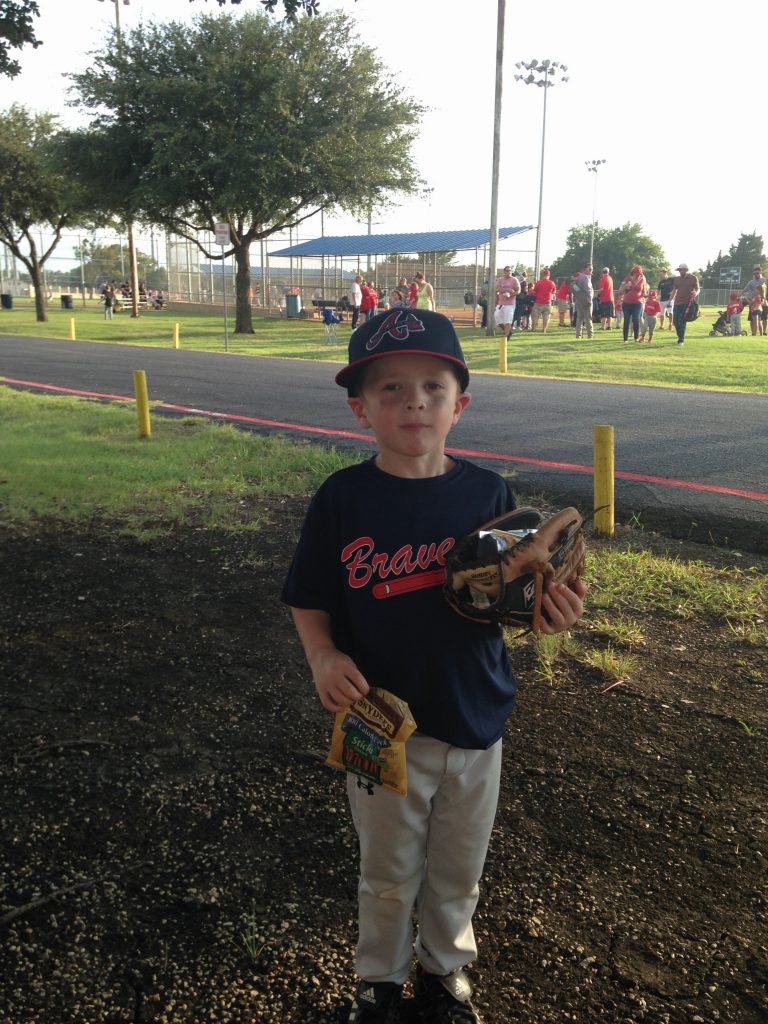 Overall, B has loved Kinder and I’ve already been stopped twice by teachers to be told a funny story that Beckham was involved in.

Maddox has been a breeze to run errands with and has taken his naps in the car when we go to pick Beckham up.  I’m still trying to get in my groove and think I’ll try and have him nap at home instead, but we’ll see.  Ryan was able to take B to school twice this week, which will be helpful once the baby arrives in a few weeks. 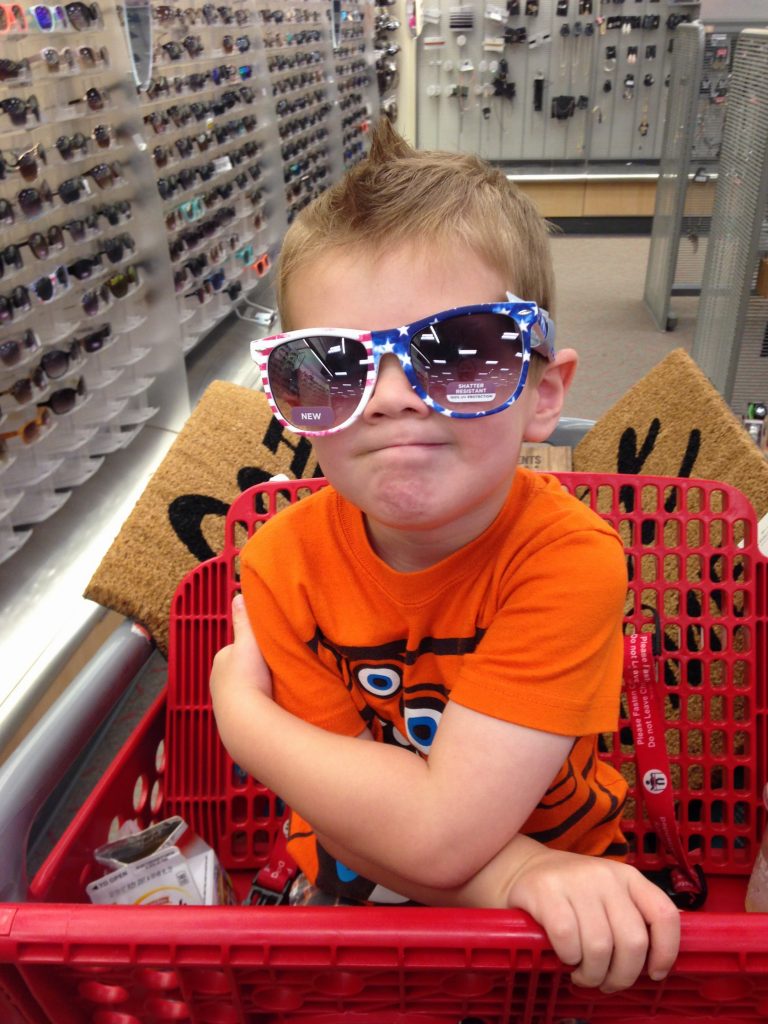 Can I just say how much I love that he strikes this pose for pictures.

On Thursday, Ryan took B, so I got up and had a peaceful quite time while M slept in a bit. 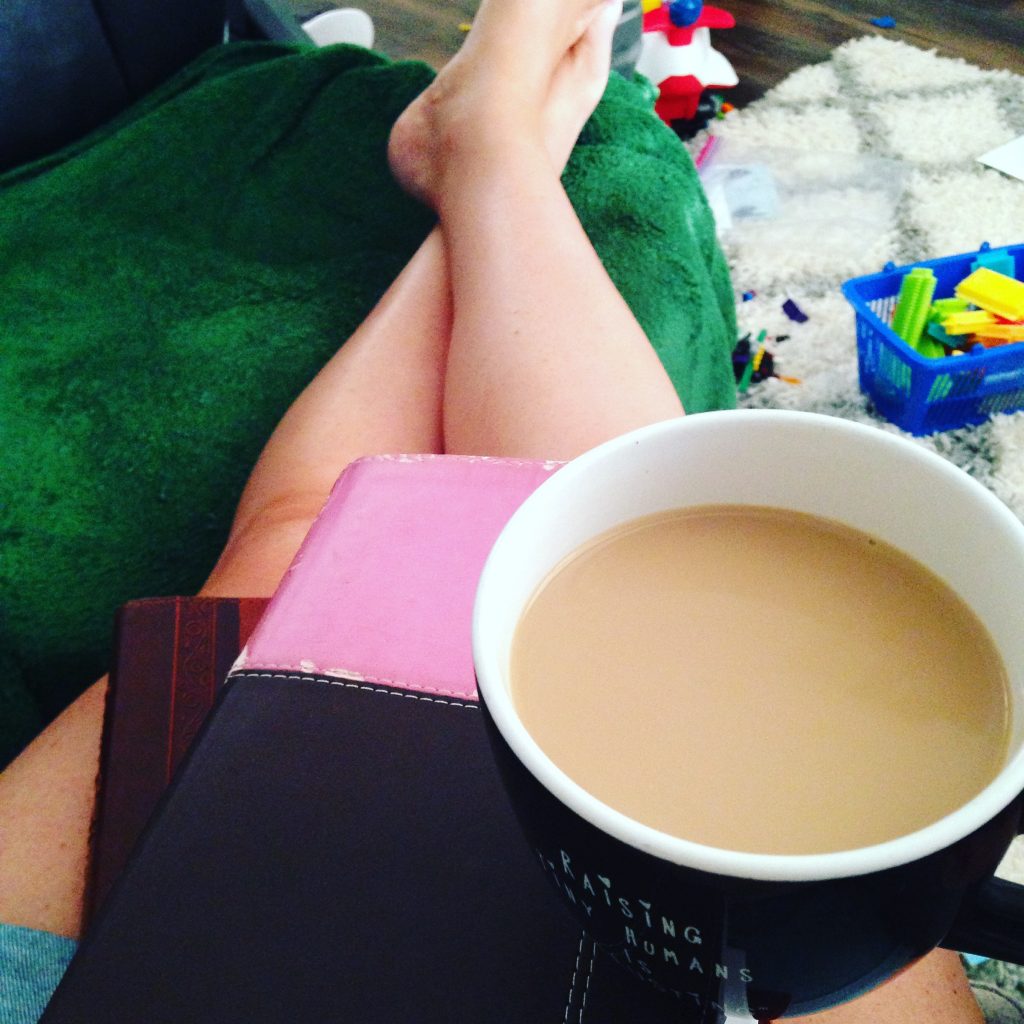 Then we grabbed a donut before running errands. 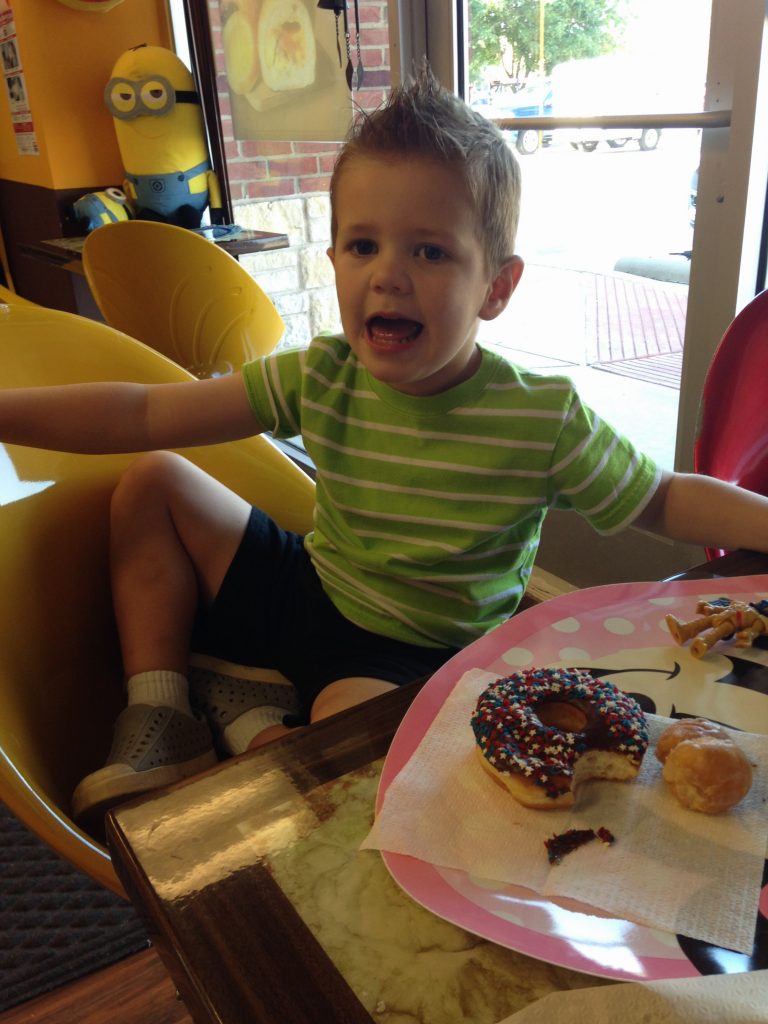 If you follow me on social media, you saw my near fiasco with gas on Thursday.  Because of Hurricane Harvey, the Dallas area has been in a panic over a shortage of gas (I can’t stand panic-y people).  Well, I was on E when I needed to stop and get gas.  I waited an hour with M in the car for gas and made it by turning my car off while waiting.  People were skipping work to get gas (ugh).  #calmdownpeople 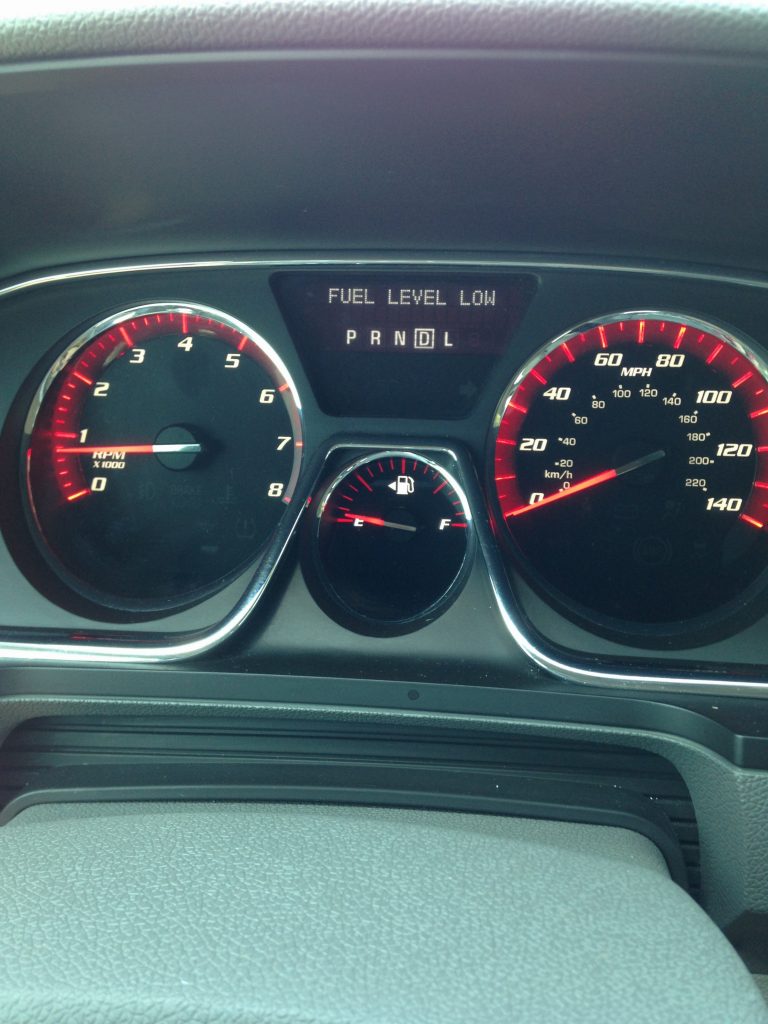 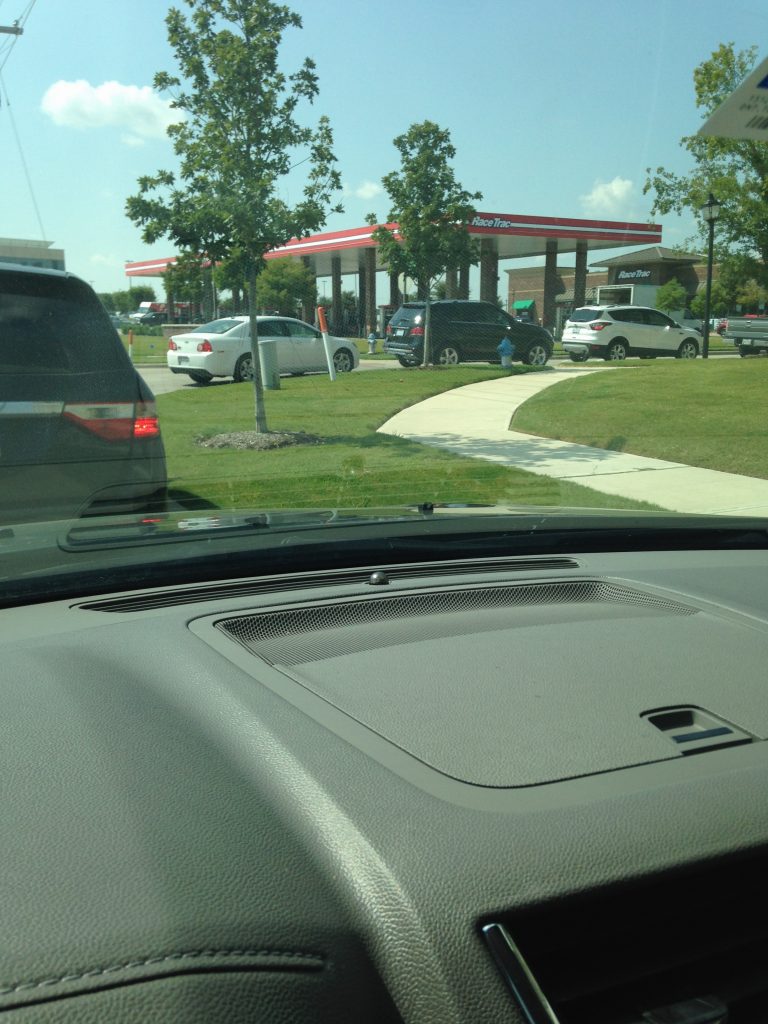 We also had Meet the Teacher for Maddox’s school that night. 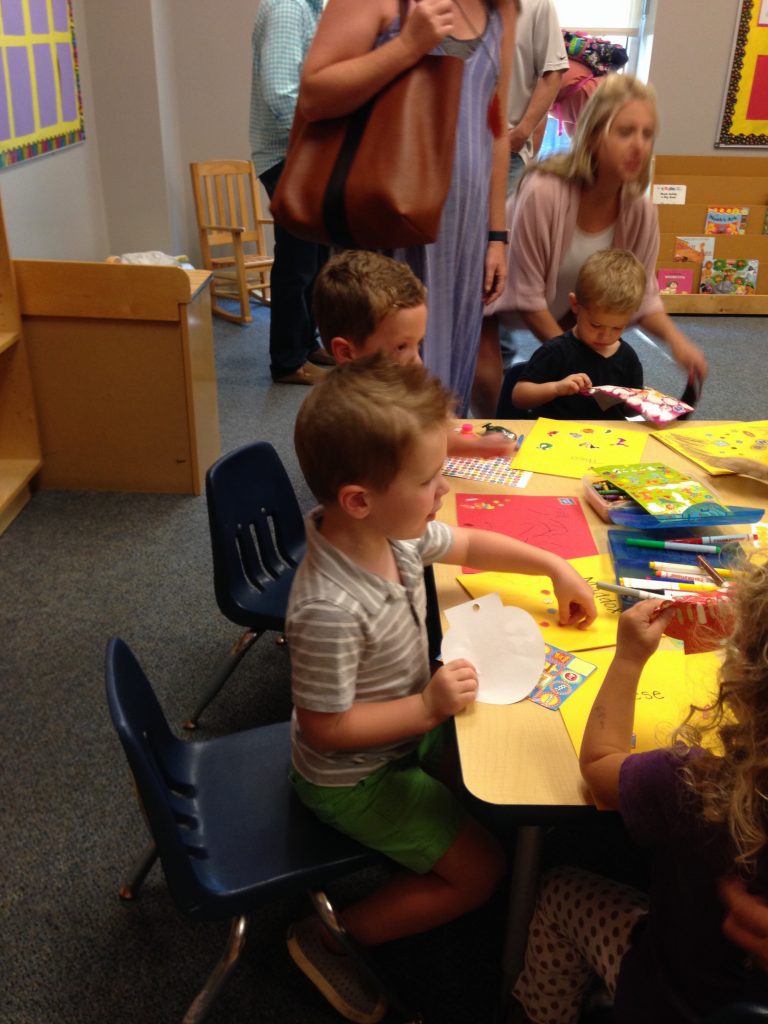 I could’ve left and he wouldn’t have noticed.  He loves his preschool place and was excited to see a new room with some of his old friends.  Two years ago, he was screaming hysterically for me to not leave him.  He starts tomorrow and this mama is ready to get some stuff done.  All my doctor’s visits (which are now weekly) are on a preschool day so that will take up a big chunk of time, unfortunately.

Later that night, I met with the girls in my community group and it was just what my soul needed.  Love those girls already.  We stayed up till 11:30pm chatting…we all paid for it the next day.

And that’s a wrap!  The first week of school was great.  Now we’re going to enjoy a day off this week and swim one last time probably before our hot weather slowly starts to lower (I pray)!  I have another fun week/weekend planned, so I can’t wait.  Hopefully I can get some more posts up soon!

I have added some Fall coffee mugs to my shop, if you’re interested! 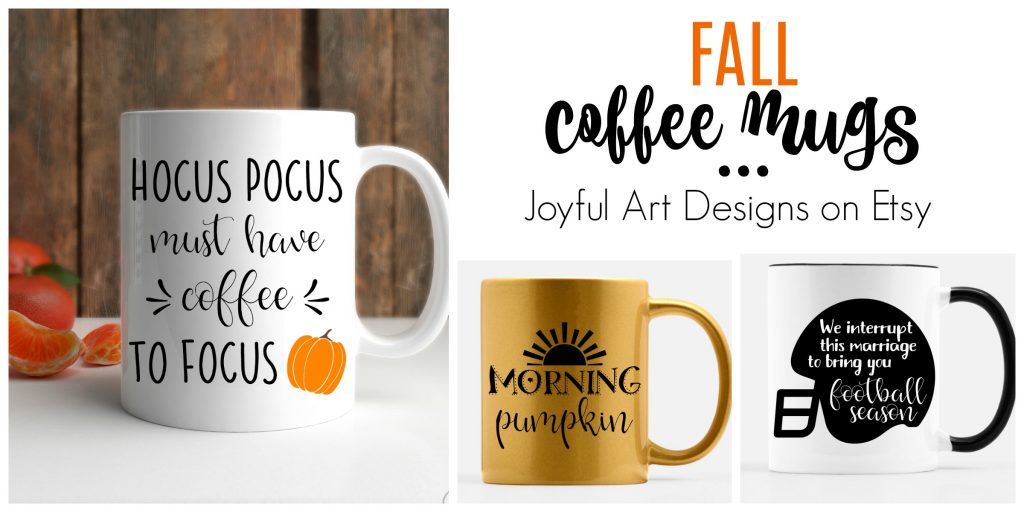