Well Ryan and I have been married almost 4 years now (August) and cannot be more excited about adding to our family!  I’m so glad we waited 4 years before having a baby though.  We have been able to experience things that we would have not been able to with a baby!  We were able to go on multiple vacations, pick up and go wherever/whenever, pay off our house, work (and not feel bad), and just have us time to strengthen our marriage before Baby Snydes gets here.  We are definitely ready now!  I know the BEST thing we can give our kids is a great/Godly marriage and we definitely needed practice before “displaying” our marriage (not that we have it down, but 4 years does make it better)!  So that’s our “Pre-Pregnancy” life – no regrets!   Pre-baby pics! 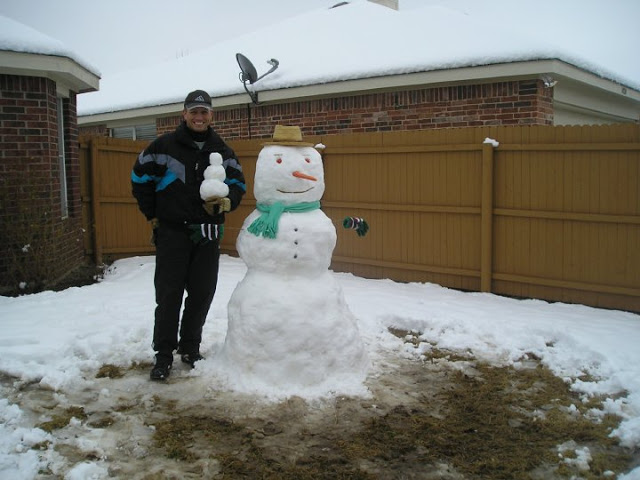 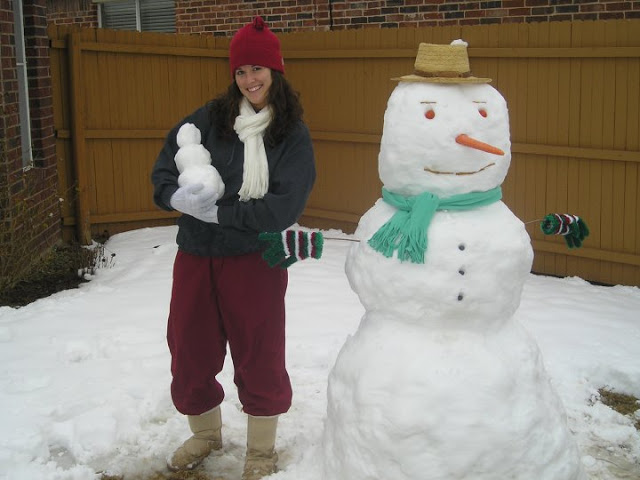 I guess I’ll start with when I found out and how I told Ryan.  If you know me well, you know I’m detailed, so I’ll try to spare you too much with every single one.  It was a complete surprise when he found out (he thought I was going to test 5 days later, but I had a hunch).  So when I woke up that morning and saw the best 8 letters ever: “p-r-e-g-n-a-n-t,” I knew it would be great, because he would have no idea.  Well, it was 6:15 in the morning and I knew I had to tell him before I went to work (I knew I could not keep it from my friend Kristen).  So I got my piggy bank and note (see below) and put it on his sink so he would see it when he woke up.  Well, 6:30 rolls around, then 6:45, then 6:50.  By this time, I’m like crap, I really need to go!  I even asked him when he was still in bed, “Hey babe, when are you leaving today?”  When he said 7:30, I knew I had to just tell him.  So, I was going to grab the piggy bank and was going to turn on the light next to his bed and SURPRISE!  Well, I grabbed it and as soon as I got next to him to turn on the light I hear “click, click” – no light.  Well, crap!  I couldn’t turn on the overhead light because then he would just be mad and I obviously didn’t want him mad.  He’s already awake at this point, so I’m shoving this piggy bank in his face hoping he can see what it says.  He could read the part that said “This is our Baby’s College Fund,” but that was it.  I had to read the rest of it to him and he was still a bit confused.  He thought maybe I had just bought this for our future baby or something.  So then I had to grab the test and show him (well actually read the words because he couldn’t see anything).  Once he realized what was going on, he was so excited and more so in shock.  Needless to say, my plan did not go accordingly, but still the happiest day of our lives so far!  The best part was when  I had to come back in the house and get my phone since I had left it, and I see Ryan standing in the closet just staring at his clothes, not moving!  He was still in shock!  It was awesome!  I now feel for men having to plan and propose to their fiance.  Here’s the picture of the piggy bank. 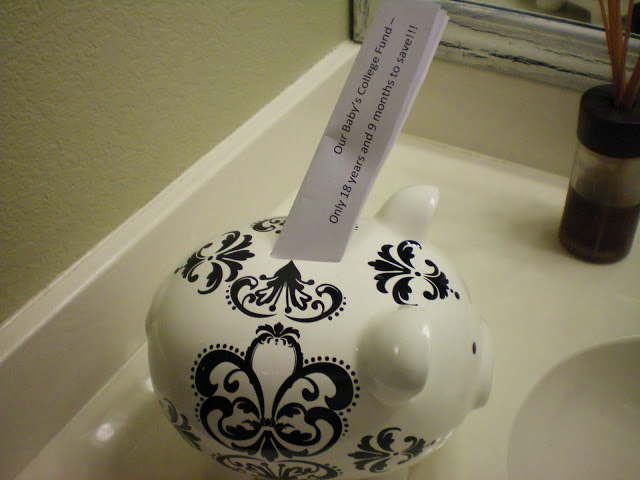 Onto the  pregnancy:  Anytime I tell people I’m pregnant, they ask, “How have you been feeling?”  My first trimester was great!  I had no morning sickness (which I knew would be the case considering I’ve never been sick in my life like that)!  I’ve actually talked to more people now who did not get sick.  The things I felt during the 1st trimester were menstrual cramps (until 7 weeks), twinges in my lower left side (up to 8 weeks), enlarged/sensitive breasts (ongoing/until 7 weeks respectively) :), extremely tired (it increased big time at 9 weeks and has not stopped), and the craziest one was light headed/dizziness!  I started feeling dizzy after 12:00 on my work days.  I realized the more tired I was (work days) the more dizzy I was.  I asked my doctor if that was ok and he said it was, but that it would probably get worse.  It actually has been better!  Maybe cause I’m sleeping more.  I’m now in the 2nd trimester and don’t really feel any different.  I’m probably more tired now, but I am still trying to work out more.  Since it’s summer now, I can work out and sleep more.  There was no way I could work out after being at work all day.  All in all, I’ve been blessed and my body has handled the hormones pretty well.  I’m trying to figure a way to get my video of the sonogram posted on here.  When I figure it out, I’ll post it.

(Visited 242 times, 1 visits today)
Is Being Nice Really That Hard?
Taking Advantage of our Last Summer as a DINK