I’m linking up today to share what’s been going on lately! 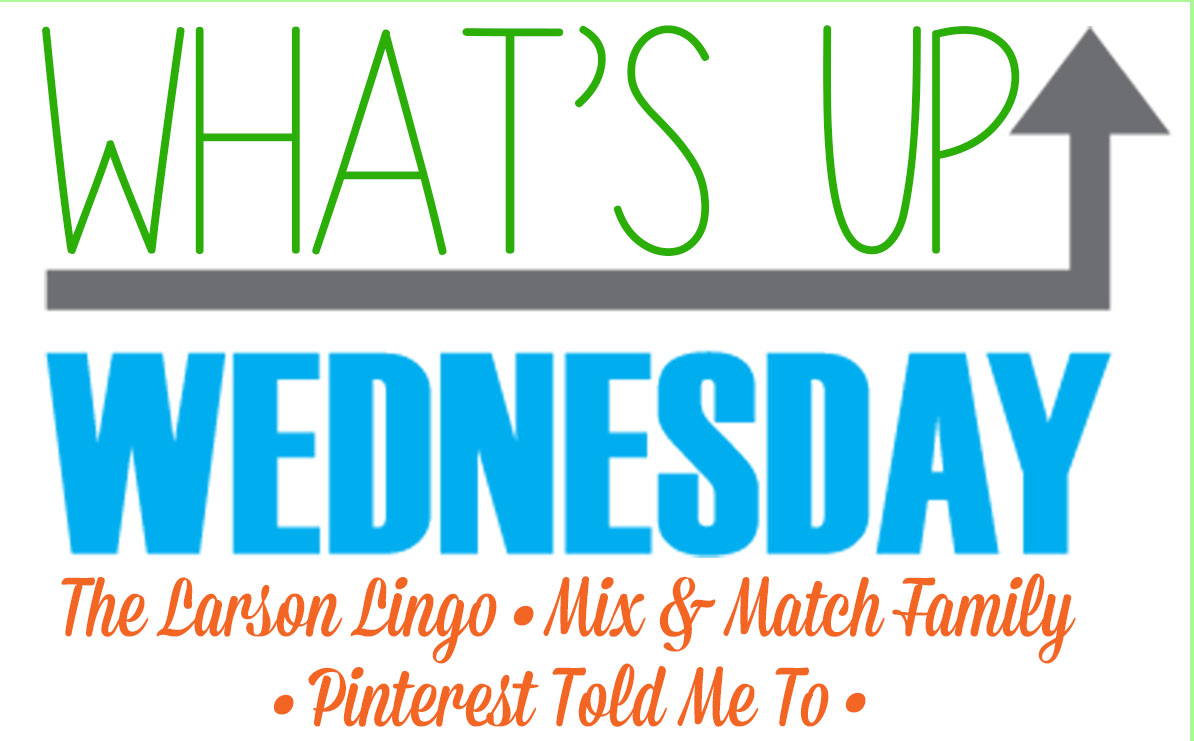 WHAT WE’RE EATING THIS WEEK:

To be honest, I haven’t even planned this week’s menu (yes, it’s Wednesday).  When Ryan is gone a lot, it’s so hard for me to cook meals, but we eat a lot of breakfast for dinner type meals…I could eat breakfast for every meal.  I would like to try and use what we already have in the house.

Tuesday – I had a MOPS meet and greet, so we ate dinner there.

WHAT I’M REMINISCING ABOUT: 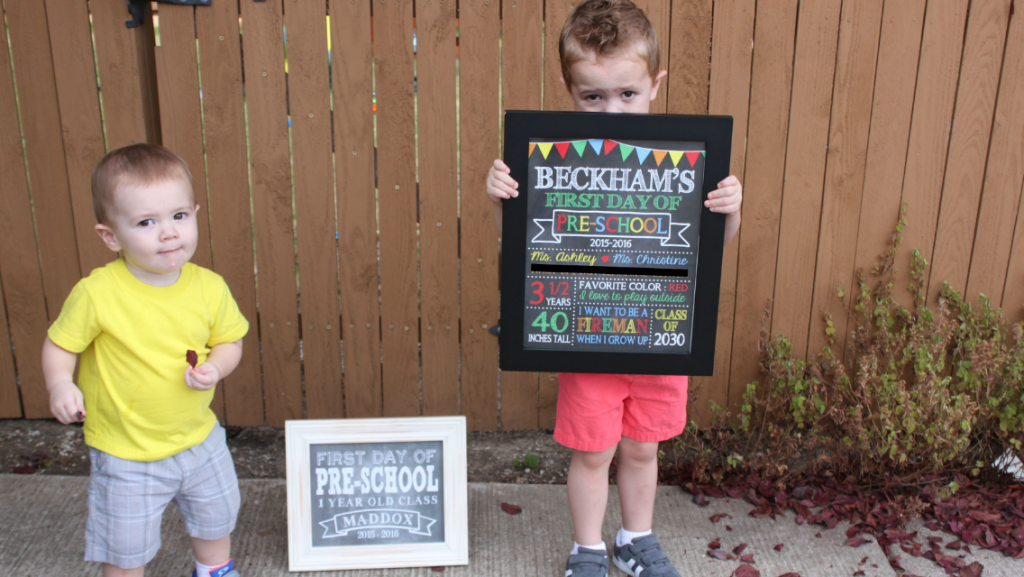 WHAT I’M LOVING:
I’m loving more of a schedule lately.  I’ve also been trying to wake up about an hour before the kids to get some work done and it’s been great.  It’s really hard to go to bed earlier, but I feel so much better when I do.

WHAT WE’VE BEEN UP TO:
Re-doing our master room (painting and decor) and cleaning the heck out of it.  I’ve also been doing some small things around the house like changing the hardware in the kitchen and fixing all the things the boys have broken.  We celebrated our 9 year anniversary on August 10.  We celebrated my dad’s birthday on the 14th, visited extended family, and have had tons of play dates.  Ryan started back at school and reffing volleyball so he’s been gone quite a bit, so I’m adjusting to single mom life for a while.  It gets easier each year though as the kids grow older and I learn how to stay social during those times.

WHAT I’M DREADING:
An entire month left of hot weather.  September in Texas is still so hot so I’m looking forward to Fall weather closer to October.
WHAT I’M WORKING ON:
I’m working on blogging consistently and starting a new series of Q & A type posts for you.  I got a lot of questions from the survey, but if you have anymore, let me know in the comments.  I’m also working on fulfilling order in my Etsy shop as usual…August is a busier month than usual so it’s been a lot.  I’m also working on a cleaning routine that will help me keep a clean house on a regular basis.

WHAT I’M EXCITED ABOUT:
Umm, let’s be honest, I’m super excited about my kids starting preschool next week.  They only go a few hours, two days a week, but I feel like I can get 40 hours of work done in those two days.  I also think I’m going to start grocery shopping on Tuesdays after drop off so I can get in and out.  Shopping with them is a nightmare at this stage.

I am watching Bachelor in Paradise, The Good Wife, Criminal Minds (with the hubby), and my friend said I should start back Breaking Bad with Ryan also.  I probably should focus on one show and finish it 🙂

by Brene Brown and The 7 Habits of Highly Effective People

by Steven Covey.  It’s just so hard to find time to read these days, but I like to read a little before bed.  I think I’m going to read a fictional book for a change once I finish these.  I usually only read fictional on vacations, but I need something different.

WHAT I’M LISTENING TO:
I’ve actually been listening to podcasts on my phone at the gym during cardio.  I like walking on a steep incline for half an hour or so after weights so this makes it go really fast.  I’ve been listening to business type podcasts that give me advice on stuff like SEO for blogging and such.  Any suggestions on podcasts?

WHAT I’M WEARING:
I’m no fashion blogger, so I have no pictures of outfits for you, but I’m so basic…jean shorts plus a shirt.  And realistically, I’m in workout clothes the first part of my day until I can shower.

WHAT I’M DOING THIS WEEKEND:
Ryan is home so we will have a great time together.  We’ll probably invite someone over on Saturday for dinner and then Sunday we are celebrating my aunt and uncle’s 50th wedding anniversary.

WHAT I’M LOOKING FORWARD TO NEXT MONTH:

Kids starting preschool.  Did I say that already 🙂

Lastly, my little sister is coming in town to have her baby shower and I could not be more excited to see her!  This baby is a long time coming and we can’t wait to shower her!

WHAT ELSE IS NEW:
Nothing is new, but a while back I had mentioned some really good things happening in my family.  One of them was my sister’s pregnancy and the other had to do with my older sister!  I didn’t share it on the blog because she hadn’t said anything on social media at that time, but she has since talked about it.  My older sister (34 yrs old) was diagnosed with a pretty advanced stage of cervical cancer back in January.  Her tumor was VERY big (8+ cm) and they couldn’t surgically remove it because of the proximity to the bowel, so chemo and radiation were her options to completely get rid of it (usually they shrink it to remove the tumor).  Several months later, after LOTS of chemo and radiation, the tumor was GONE!!!  She also had cancer cells in her lymph nodes and that was gone too!!!!  I watched my sister, Mabry, battle the crap out of that cancer and rely on God to get her through it.  I’ve never seen someone so close to me really be tested physically and emotionally like that and stay faithful!  She also got one of the worst cases of shingles (in her doctor’s experience) towards the end of it too.  I mean if chemo and both external and internal radiation weren’t enough, just add shingles to it (she caught it due to low immunity caused by all the chemo).  She never lost her hair, which was a blessing as well.  She fully expected to, but was relieved to not have to deal with that as well.  I am just so proud of her!

Mabry (older sis) is on the left in this picture, Cami (younger sis) in the middle. 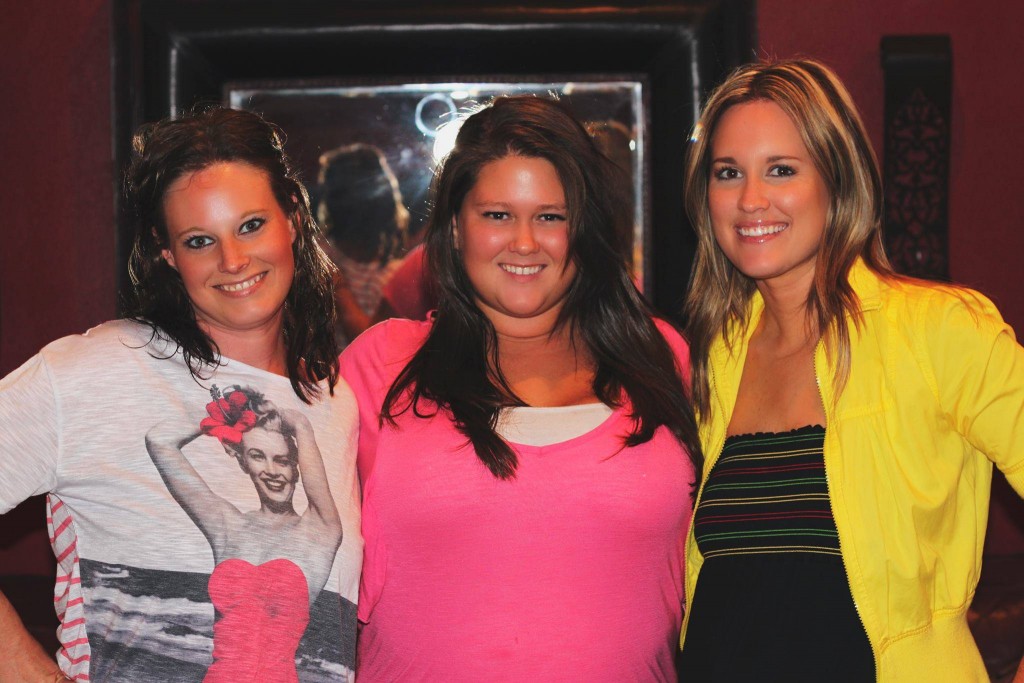 And I’ll end on that happy note.  Have a great Wednesday!  Come back tomorrow for a Costco haul and hear how we shop at Costco.